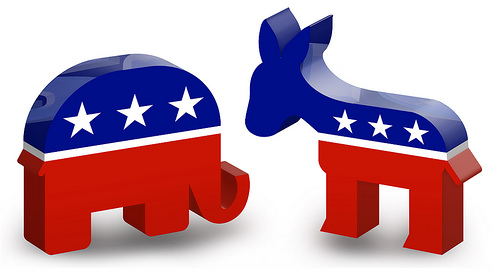 Never satisfied with the status quo, Kenneth Cole is now taking on the upcoming political election in his latest billboard campaign. Centered around the 2012 U.S. Primary Elections, the company is raising more than a few eyebrows with a provocative billboard currently being displayed on New York City’s Westside Highway at 123rd Street.

The billboard cleverly taps into a popular medical term and provides a tongue-in-cheek perspective on the current state of political affairs; “Today’s Primary Issue: Are We Suffering From Electile Dysfunction?”

A combination of both political and social commentary, the Kenneth Cole team isn’t simply making this a one-way conversation, as it’s engaged its 180k+ Facebook community and asked them to share their views, as well as determine the company’s next primary elections related message. Using a custom tab titled Election Billboards, Kenneth Cole fans can submit their messages for the next two weeks. Kenneth Cole himself will hand select the winning message that will appear on his next virtual billboard.

The Kenneth Cole social media team also offers an option for those that don’t necessarily want to leave a message, but still want to cast their vote via the brand’s interactive website, WhereDoYouStand.com. Tied to the “Electile Dysfunction” theme, WhereDoYouStand’s question (and voting mechanism) of the month poses the question, “With the whole world watching, is our electoral process one we should be proud of?”

If you’ve followed Cole’s advertising campaigns in the past, this latest statement/advertisement shouldn’t come as much of a shock, as he’s never been shy about expressing opinions on HIV/AIDS, Civil Liberties, Freedom of Expression, and Disaster Relief. In fact, Kenneth Cole was one of the very first to use advertising campaigns to speak up about AIDS in 1985, a full two years before then president Ronald Reagan publically addressed the crisis.

With such statements as, “We promise to respect you in the morning,” and “Do it with strangers (for money),” Kenneth Cole and company has established a long running track record of pushing the boundaries and meaning of advertising, leveraging the power of the brand to make users think far beyond the clothing line.

Ok, so there was the one minor Twitter blip regarding the “uproar in #Cairo,” but if you’re pushing boundaries, you’re bound to cut a bit too close to the bone once in a while.

Read next: Hey Apple: It's time to bring subsidized hardware back to the classroom