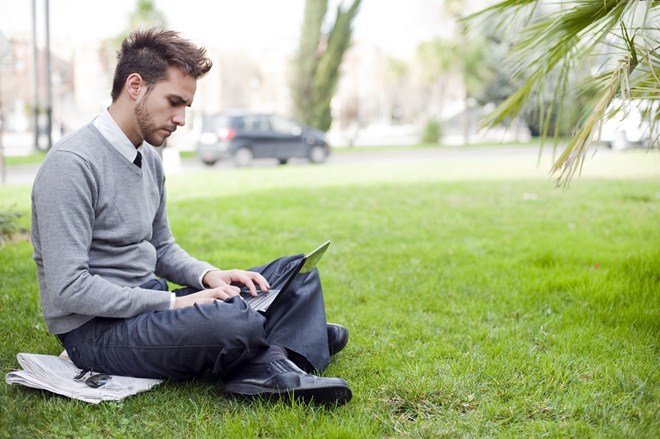 A company in Germany has created a ‘virtual sky’ which makes the working environment more harmonious by replacing dingy office lighting with the feeling of being under the open skies.

Fraunhofer has developed the new type of office lighting which it says will “bring the sky into office spaces by creating the effect of passing clouds”. The company uses luminous ceiling lighting, which is comprised of 50cm square ‘light’ tiles, which can be extended across an entire office floor or individual room.

According to group testing, the system can help workers be more productive without distracting them, as a spokesman explains:

The LEDs allow us to simulate these dynamic changes in lighting in a way that is not directly obvious to the naked eye. Otherwise the lighting might distract people from their work. But it does need to fluctuate enough to promote concentration and heighten alertness.

The set-up, which is designed to mimic a cloudy day, uses a combination of red, blue, green and white LEDs to produce a full light spectrum of 16 million shades of colour. Unfortunately, there is a but, as it is priced at 1,000 Euros ($1,305) per square metre.

For now, it’s cheaper to go work outside, if you can, but the company is optimistic that the cost will reduce over time.