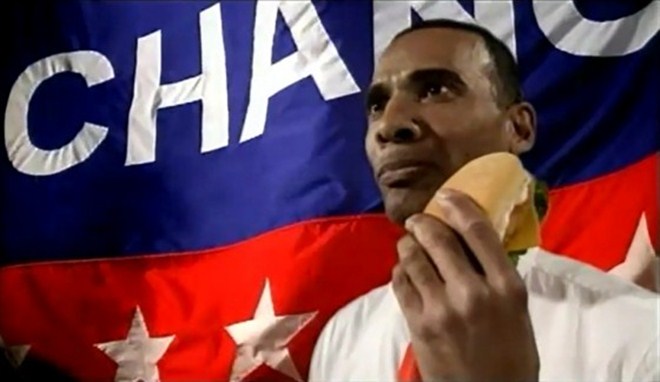 China is a remarkable place, where else would we find a choir of old folk serenading their kids with a Lady Gaga rendition?

Thankfully, the video strangeness doesn’t end there, as Advertising @ China Smack has a round-up of the top ten weird and wonderful offerings from China’s world of advertising in 2011. If you have a penchant for the brilliant and quirky, you should go over and take a look now.

Our favourite is without a doubt this KFC advert that uses a Barack Obama lookalike to promote a new fillet fish soft roll in Hong Kong. Unsurprisingly, it was pulled days after first airing, but the guys at China Smack have immortalised it online. Wonderful.

An honourable mention must go to this incredible effort from Ariel, after the company built a giant t-shirt for passers by to spray with dirt and then clean off using a Nintendo Wii remote.

Read next: Apple reportedly building TV sets in Q1 for release by Q3 2012