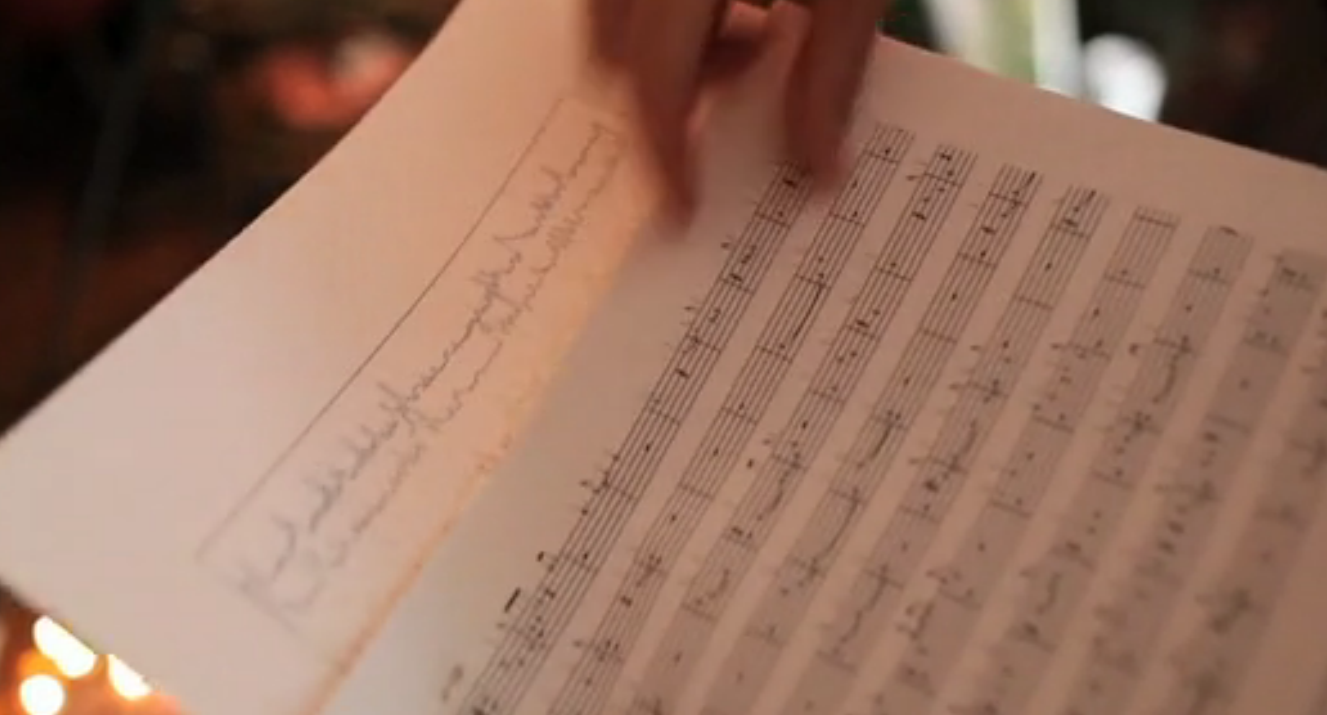 Music is perhaps the most accessible and emotional form of art, while the brain is one of the most complex and fascinating organs in the human body. Brooklyn based documentary filmmaker Elisa da Prato has teamed up with Philosopher Dan Lloyd to investigate the connection between the two.

To fund their film “Music of the Hemispheres” they’ve put the project up on Kickstarter, and have currently raised just under $2,000 of their $16,000 goal with a month left. In the film, da Prato and Lloyd will investigate modes of data visualization, music composition, performance, and audition. These systems will be “cracked open” and compared to the examination of brain mechanics and the architecture of mind.

“Ever since the first crude brain images appeared on the cover of Scientific American (1978) I’ve had a gut feeling that the ancient questions of philosophy — about mind, perception, and consciousness — would have to be informed by neuroscience,” explains Lloyd. Lloyd began studying neuroimaging in the mid 90s and in 2000 he began using “Virtual Reality Markup Language” to make maps of the mind. After looking at the data depicting brain activity, the neurophilosopher began asking questions like – how does consciousness arise in the brain? In order to better answer these questions, he learned Matlab, a computer programming language in order to handle the data himself.

One very hot night about eight years ago, it occurred to Lloyd that the data he’d been trying to visualize might also be turned into sound and that hearing the data might have advantages over simply viewing complex and layered data. “What if I sonify this data as opposed to visualize it?” he said. He soon theorized that consciousness may operate in a musical structure or perhaps music operates in a conscious structure. Since then he’s been trying to create musical interpretations that reveal something about brain function and are beautiful at the same time.

In late 2009, da Prato introduced NYU Scientist Dr. Zoran Josipovic to Lloyd. In February 2010, Josipovic sent subject Jeff Sable, (a good friend of Da Prato’s and a graduate of the NYU’s ITP program), through a fMRI scanner and asked him to meditate while viewing different visual stimulus. His brain activity was recorded and Josipovic shared his data with Lloyd who sonified the data and extrapolated its “musical score.”

Since then, da Prato and Lloyd have continued to work on Music of the Hemispheres, and are planning to create a film and an experiment, pairing artists with scientists, commissioning new musical works and documenting emerging breakthroughs in Music Cognition and Theory.

“Music and brain waves are intensely similar… It’s really like music… it is music…You are music,” says Lloyd in the following video for Kickstarter. Check it out below!

➤ Music of the Hemispheres