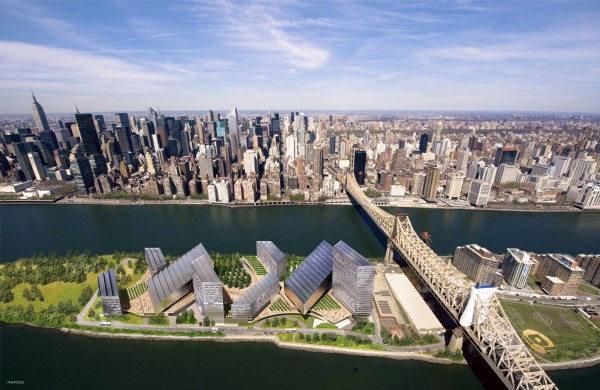 Two days ago, New York City Mayor Michael Bloomberg announced that a partnership between Cornell University and the Technion – Israel Institute Of Technology, won the $100 million grant to build a state-of-the-art applied sciences and engineering school on Roosevelt Island.

According to The Roosevelt Islander, “The proposal includes 500,000 sq ft of public space, public programming, incubator space, partnerships with NYC public schools for at least 10,000 students a year and will immediately establish a $150 million dollar fund to invest in New York City start ups.”

As you’ll see in the video below, “Silicon Island” is certainly an impressive idea that will hopefully be realized during the next 5+ years. If you’re eager for more, check out the renderings and view Fox New’s coverage.

NY and CA aren’t the only ones battling to be the top tech capital. Check out Blueseed: Will the new Silicon Valley be on a ship?

Read next: How Startup Farm is breeding startups across Brazil in 4 weeks