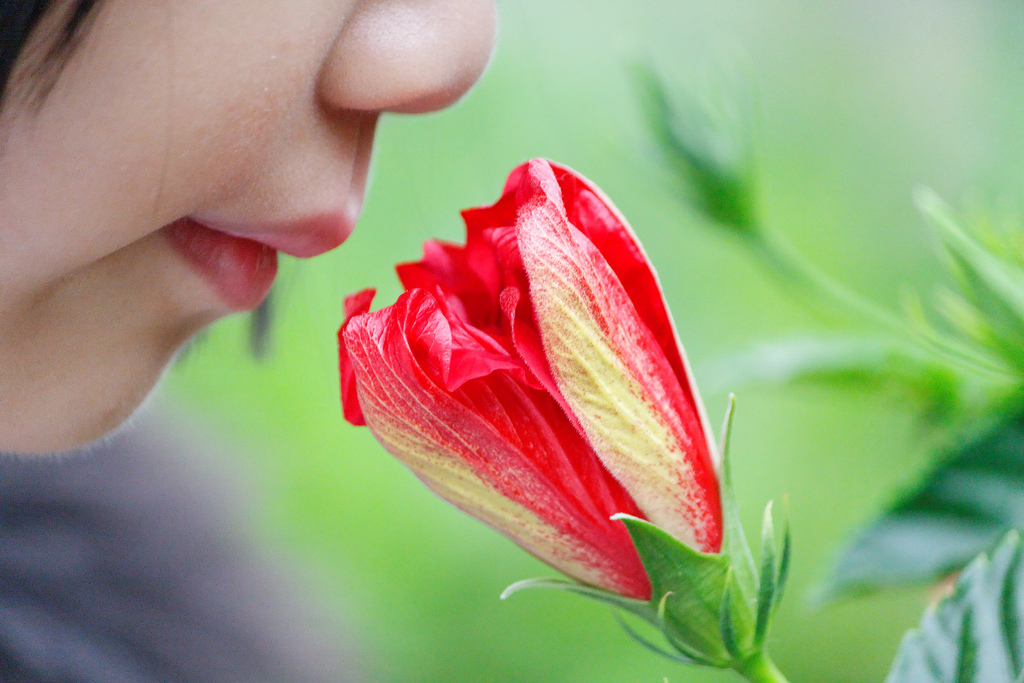 Smell is know to be one of the most sensitive of all the senses. We’ve all experienced situations where a scent or whiff of a fragrance has reminded us of a memory locked far away, but how about a pair of glasses that helps uses the sense to remember and connect with other people?

It may sound like something from a dodgey sci-fi flick (Demolition Man, anyone?) but the concept could become a reality according to boffins at Keio University in Tokyo and the National University of Singapore. The researchers have developed a set of specs that transmit and received personalised smells and sounds.

Sound Perfume consists of a pair of glasses fitted with speakers and odour emitters located behind the ears, along with an app running on a smartphone that connects to the glasses via Bluetooth. The idea is that you use the app to choose a personal sound and smell for others to experience when you meet them.

Infrared sensors in the glasses detect when you meet someone else using Sound Perfume and your cellphone sends your name, contact number and sound/smell preferences to their handset, which then triggers the appropriate response in their glasses. The current set-up makes use of eight different perfumes in the form of hard blocks that melt and release an aroma when gently heated by a wire to 46°C.

When wearers of the glasses come into contact with each other, their specs trigger their personal sound and smell in the other person’s glasses. Using the keenness of the sense of smell, the developers believe that the glasses, and personal scent, can bring people closer together…yes, we kid you not!

Initial testing has proven the theory too, with more than 50 people that used the glasses finding that they helped create a good first impression when meeting new people. The drawback for style concious people is the need to wear these geeky glasses, but that’s not a problem in Asia where dorky eyewear is hip and cool for many.

Anyone who is understandably a little confused or wanting to know more is advised to watch the following video, which demonstrates the glasses and explains how they can provide an “emotional bridge between human beings”.

We’re just waiting until Britney, JLo and others hijack the new personal fragrance market. That’s assuming that the concept ever gets off the ground, of course.

But for now, there’s no shortcut to personal hygiene, so don’t go binning your deodorant, Davidoff or whatever smells you wear, folks.

Read next: You can now order your Galaxy Nexus from Verizon's site