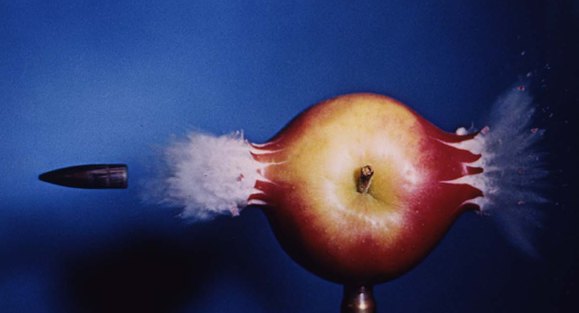 MIT researchers have created a new imaging system that can acquire visual data at a rate of one trillion exposures per second. If your physics is a little rusty, that’s fast enough to create a slow-motion video of light traveling through an object.

Direct recording of light at such a frame rate with sufficient brightness is nearly impossible, so the team use an indirect ‘stroboscopic’ method that combines millions of repeated measurements by careful scanning in time and viewpoints.

“We have built a virtual, slow-motion camera where we can see photons – light particles – moving through space”, says Ramesh Raskar, Associate Professor at MIT Media Lab. “Now you have seen pictures of a bullet through an apple. But photons move about a million times faster than bullets. This camera can see the photons – or bullets of light – traveling through space.”

So, what could this technology be used for? “Such a camera may be useful in medical imaging, or in industrial or scientific use”, adds Raskar. “And in the future…maybe even for consumer photography.”

Read next: Nerd Fitness: How to not suck at running