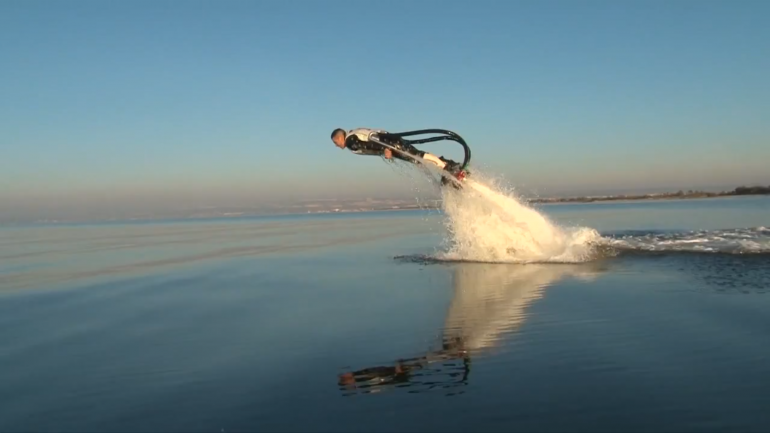 A French jet ski champion has released an absolutely insane Flyboard for professional jet-skier Franky Zapata along with the following video demoing the product.

The device is actually quite simple. The “Zapata Flyboard” attaches to a jet ski motor then pushes the resulting water through a long hose that connects to a pair of water boots and hand-held stabilizers. The propulsion gives Zapata breaching like powers that a Humpback Whale would be jealous of. Zapata says he can fly 30ft above the sea with it. GizMag aptly described it as “Aquaman meets Ironman.”

Check out Zapata’s skills below [Report by Jeremy Barnes]:

Read next: The Windows 8 music player has been whacked by the ugly stick