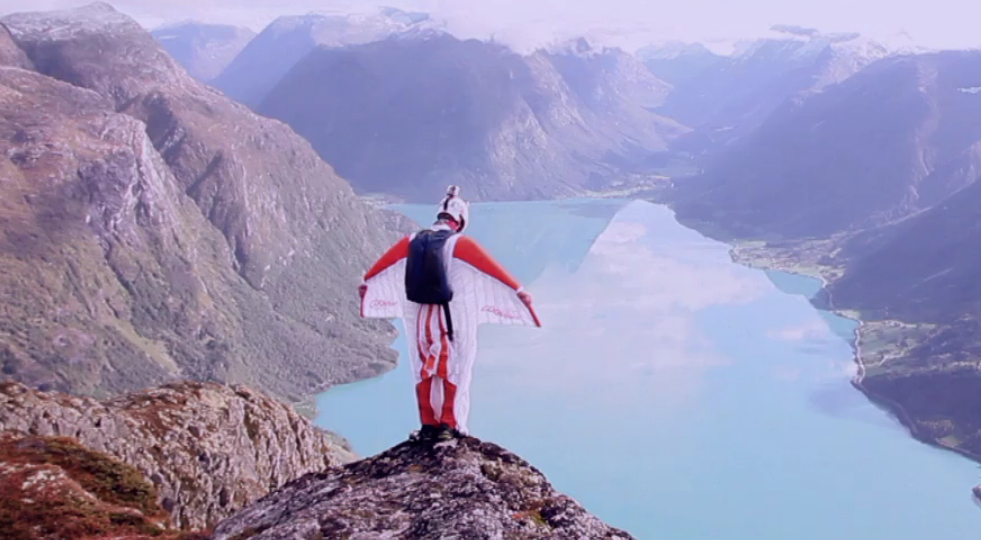 If you had one wish what would it be? When you were a kid I bet a lot of you said that you wanted to fly. As humans, we may rule the Earth but we’re relegated to walking and running. Meanwhile the birds, Richard Branson and one man named Espen Fadnes rule the sky.

Last year, Espen Fadnes won an international competition for wingsuit flying, earning him the title of the world’s fastest flying human. In the following video made by the Goovinn, Fadness fills the audience in on his experience– how he feels jumping off the cliff, how he plans his descent and how he dreams about flying.

So, what’s it like flying down a mountain at 250 km/h? Watch out for the BARREL ROLLS!

Don’t miss: This is BASE Jumping at its best and Highlining in the sky: These flying Frenchmen make Superman look lame.

Who do you think is crazier? The French or the Norwegians?!

Read next: Microsoft sold a record 1.7 million Xbox 360s in the US alone this November