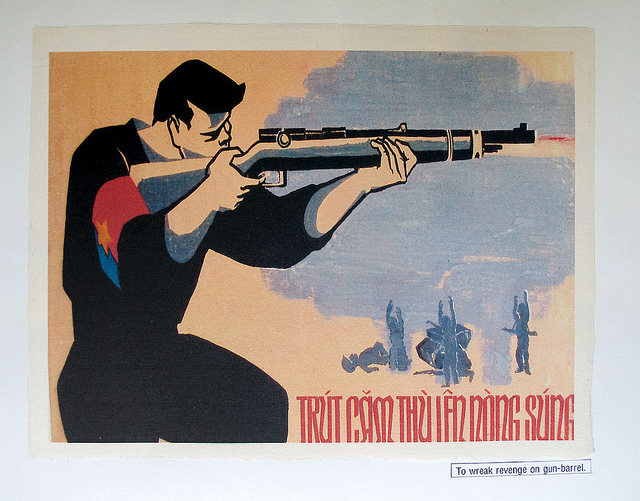 Sometimes you get bored on the Internet because everything seems to look and sound the same, and then you see something like this that reminds you that life is grand on the web.

We know that Twitter, Facebook, Apple, and Google are all in big tech battles to find out who will reign supreme in the hearts and minds of interweb users everywhere. Naturally, these companies should have war propaganda posters.

According to a post on Laughing Squid, these posters are not only available for our viewing pleasure, we can actually buy them from his Etsy store.

Designer Aaron Wood has come up with more wonderful tech company war propaganda posters. They’re available as prints on his Etsy store. Back in July we wrote about the first posters in the series, which had a social media focus.

Check these things out, I’d hang them on my walls.

Read next: A Startup Store launches in beta: Retail may never be the same