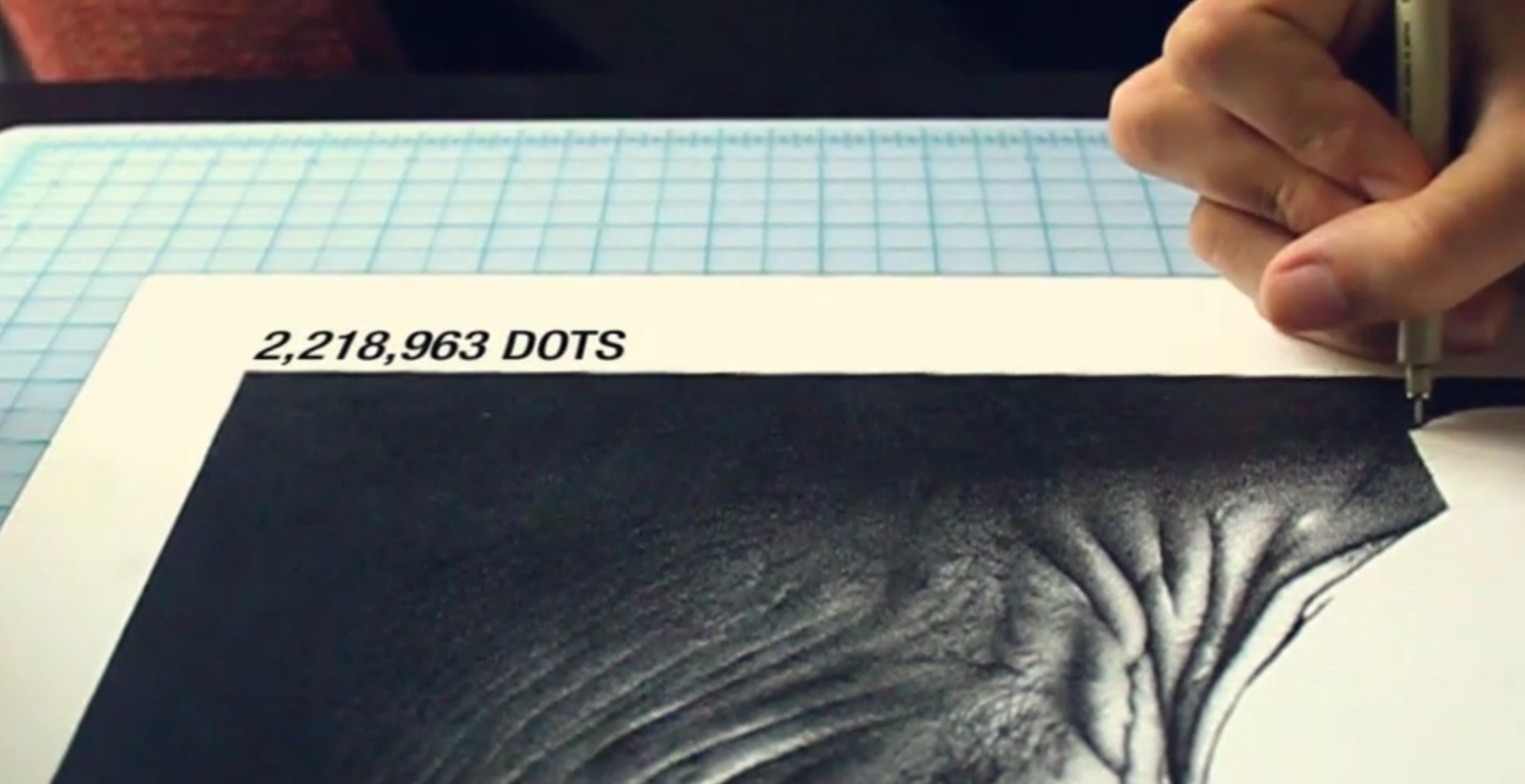 When artist Miguel Endara set out to create a portrait of his father, he planned first, sketched second, and then proceeded not to ink a single line. Instead he used a technique called stippling (or pointillism) to lay down small dots of ink in denser or sparser concentrations.

Miguel says that the image took 210 hours to complete and is comprised of 3.2 million dots. Surprisingly, a single pen made it all the way through the project, which he calls Hero.

The dot count isn’t 100% accurate, Miguel said that he used the speed that he could plot (the number of dots laid down in 10 seconds) and the amount of hours that he worked on each section to divine the number. But, he says, it is very close.

For those of you out there that are pen geeks, he used a Sakura Micron .005 (this is one of my favorite pens, too bad I’m not nearly as talented as Miguel).

If you enjoyed Miguel’s work, you can see more of it here on his site, which is honestly worth visiting for its unique navigation alone.

Read next: Create music using Owls, it's a real hoot