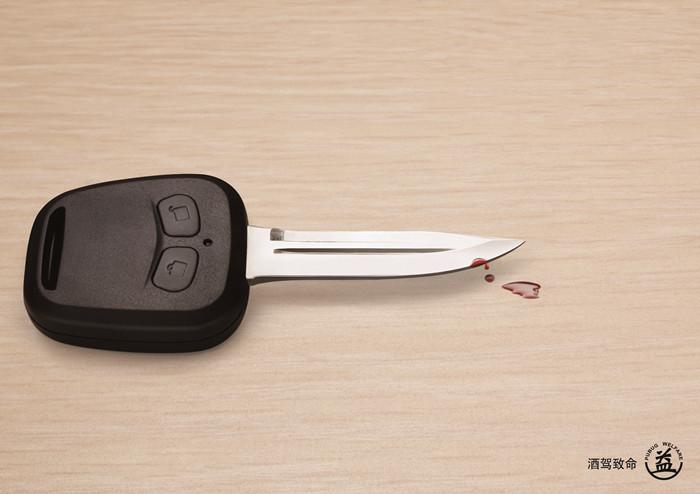 These creative, hard-hitting images are part of a campaign that has helped cut drunk driving accidents in China by almost one-third over the space of just one year.

The images and video below — highlighted by China Smack — combined with stricter policing, have seen the number of accidents involving drunk drivers fall to 17,700 between May and September 2011. Although 231 lives were still lost in that time period, it was still a big improvement over last year.

This video appeared on national TV:

Translated from Chinese, the message on this image says, “Driving after drinking is deadly”:

The final image loosely translates as ‘You will lose your mind when you are drunk – it’s as dangerous as this animal’. It targets the suit-wearing, car-owning Chinese men who make up a significant portion of those who frequently drink and drive in the country.

Road safety is a big problem in China, as it is across much of Asia, and other countries would do well to adopt the direct approach used in China.

Read next: Is there anything Siri can’t do? Control your computer, room and TV with your voice