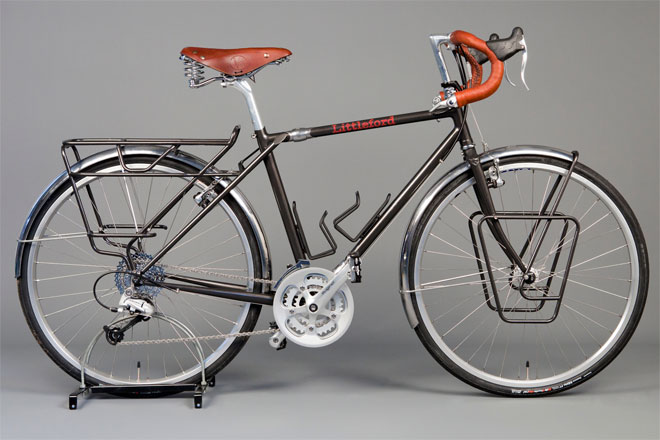 I wasn’t quite sure what I was seeing when I first viewed the video below. To me, it looked like someone was decorating his or her bike with a giant snowflake(?). My first thought was, yes, I get it. It’s cold here in the western hemisphere, and Christmas is definitely around the corner — but why are Redditors so excited over a snowflake bike? Last time I checked, snowflakes were not that awesome.

Upon closer inspection, the supposed snowflake revealed itself to be a “Zoetrope”, or in layman terms, a device that produces the illusion of action — an animation, if you will — from a rapid succession of static pictures. When placed in the spokes of a bicycle wheel, actually riding the vehicle causes the snowflake to rotate, therefore progressing the “frames” of the Zoetrope.

On film, the result is a fantastically animated visual. Amazingly enough, the visual only comes to life when captured on film, not through the naked eye. Take a peek for yourself.

It’s worth noting, of course, the more famous and well-known Zoetrope from Disney’s Pixar. The company has a 3D version of its own Zoetrope, one inspired by the famous Japanese animation studio, Studio Ghibli, who also produced its own. To produce the Zoetrope effect in a way that viewers could see through the naked eye, Disney and Ghibli relied on strobe lights flickering over several rotating 3D sculptures to create the illusion.

Watch the video below.