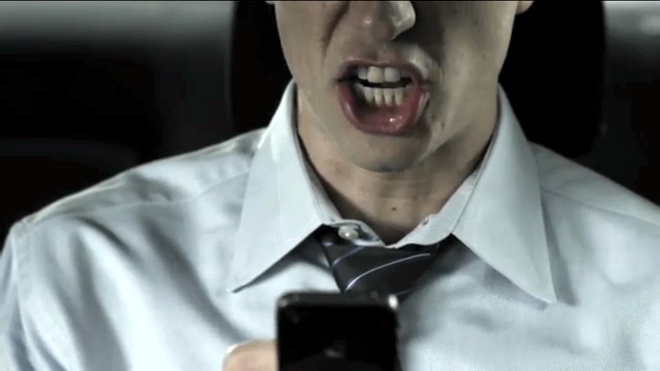 Apple portrays iPhone 4S users going about their daily lives in its TV ads, using Siri as the dutiful virtual personal assistant it was intended to be—but what if it unwittingly found itself smack dab in the middle of a fight between a husband and wife?

That’s the question CollegeHumor seeks to answer in its Siri Argument sketch and, as you can probably imagine, hilarity ensues. Take a look at the video below, but be warned that it contains a little bit of foul language and innuendo, so it’s not exactly prime viewing material for kids.

“Tell my wife I am gonna be thirty minutes late.”

“Tell my husband I am not surprised.”

Apple probably wouldn’t approve of this commercial, specially after seeing what happens to both iPhones in the end, but that is some funny stuff!

Read next: RIM Co-CEO Balsillie "Impressed" by Indonesia After Visit