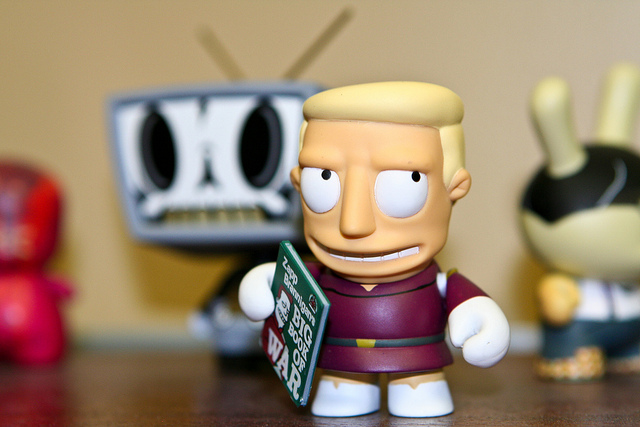 There’s something quite bizarre happening on YouTube, a meme is being formed that ensures that every video featuring Futurama’s Neutrals (more on them in a moment) maintains a ‘neutral’ rating.

Visit any video on YouTube featuring The Neutrals (again, more on them in a minute) and it will almost certainly have the same number of likes and dislikes. You can see a full YouTube Playlist of them here which lists a number of videos featuring the Neutrals – most notably the Neutral President.

For those of you that are unaware of Futurama or the Neutrals, the Futurama Wikia page describes the race of characters:

The Neutrals are the native people of the Neutral Planet. They are neutral in every sense of the word from clothing to emotions, even if they are in danger of attack they will feel no strong emotions one way or the other.

To boost ratings of the videos, Reddit users and YouTube viewers in on the cause will take turns to ‘Like’ the video, making sure to immediately ‘Dislike’ it and maintain neutrality.

It’s a seriously dedicated campaign, one that requires people to spread the word to ensure it remains balanced – will you get involved?