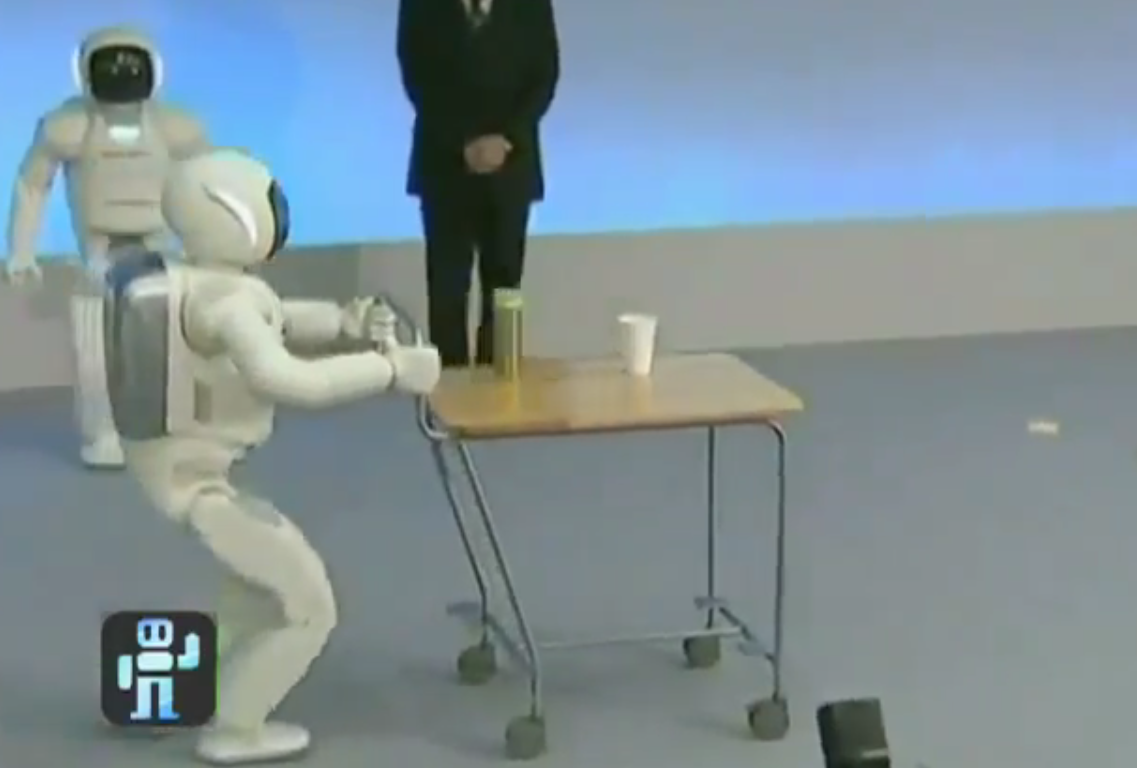 Just yesterday, Honda unveiled the “All-new ASIMO”, a new version of its acclaimed humanoid robot, bringing us one step closer to living like the Jetsons.

Honda’s humanoid robot prototype, ASIMO (Advanced Step in Innovate Mobility) first made big news in 2009. The android, a robot resembling a male, looks like an astronaut and can walk, run, greet approaching people and bring you a drink. He can interpret the postures and gestures of humans, recognize faces and move around or address them by name in response.

At just 4′ 3”, the newest ASIMO can run at 9kph forwards, also run backwards, jump up and down and even jump on one foot. IEEE Spectrum points out that ASIMO’s hands are dexterous enough to perform sign language and by combining tactile and visual sensors, he can recognize objects and handle them appropriately, such as taking caps off of bottles and pouring liquid into paper cups without crushing them.

Check out ASIMO in action below. This guy will be serving me canapés one day.

Read next: Amazon snaps up speech tech firm Yap, possibly to grind out a Siri competitor