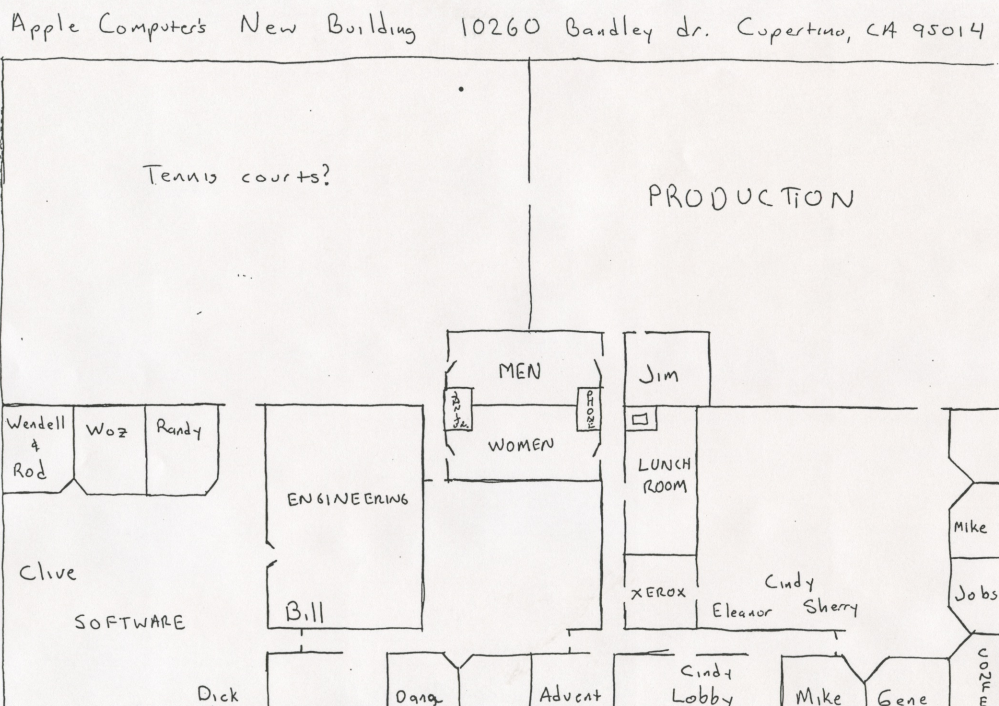 It may not be incredibly detailed but this floorplan, drawn by Chris Espinosa, Apple employee #8 and original member of the Mac developer team, along with Jeff Raskin and Andy Hertzfeld.

Espinosa shared the floorplan along with some commments on his Posterous. This is the Bandley 1 building, Apple’s first official office, also called the “Good Earth” building, from the name of the restaurant next door.

Espinosa lists the names that are noted on the plan:

Check out the post for couple of interesting anecdotes.
Read TNW Apple every day for the latest Apple news.