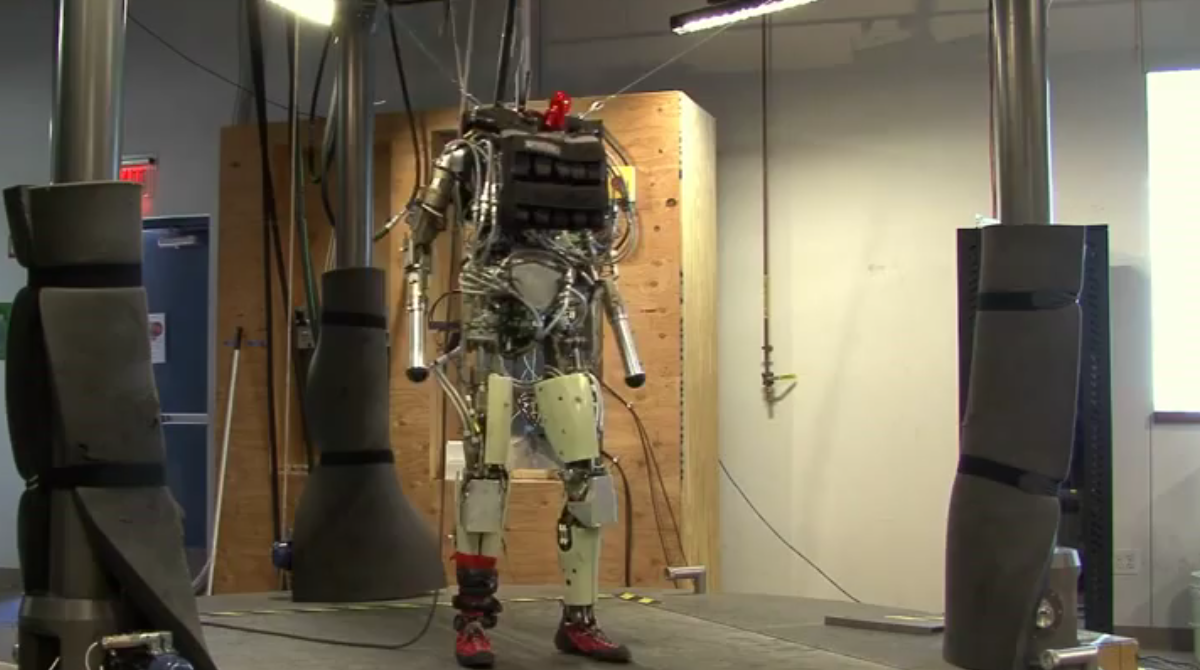 I’ll never forget when I first laid eyes on Boston Dynamics’ BigDog. Watching him climb up forest hills reminded me of a fantastical beast made up by J.R.R. Tolkien. Since then, Boston Dynamics has been really busy impressing the engineering world. In September, the company released BigDog’s beefier brother- Alpha Dog, a four Legged Squad Support System built with funding from DARPA and the US Marine Corps.

Today, Boston Dynamics has unveiled a startling video of its newest anthropomorphic robot “PETMAN”, which was developed by Boston Dynamics for testing special clothing used by the US Army. According to BD:

PETMAN balances itself as it walks, squats and does simple calisthenics. PETMAN simulates human physiology by controlling temperature, humidity and sweating inside the clothing to provide realistic test conditions.

You heard that right, PETMAN sweats. A robot that sweats and looks like the Terminator Series 800 model? Now, that’s awesomely terrifying. Marc Raibert, the founder and president of Boston Dynamics, tells IEEE Spectrum that the biggest challenge was to engineer the robot, which uses a hydraulic actuation system, to have the approximate size of a person. “There was a great deal of mechanical design we had to do to get everything to fit,” he says.

Watch the video below to see PETMAN in action:

Read next: Why do you read Playboy magazine?