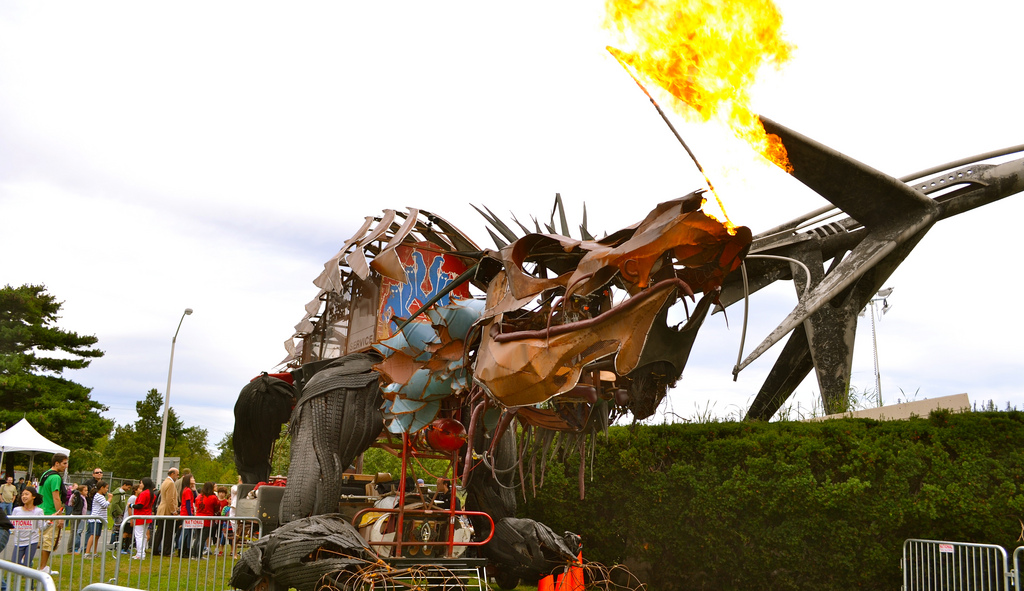 The first Maker Faire was held in April 2006 at the San Mateo Fairgrounds with just 6 expositions and workshops featuring over 100 Makers. This was the second World Maker Faire held in New York City at the New York Hall of Science in Queens with hundreds of workshops, dozens of expositions and thousands of human beings from babies to centenarians lined up to spend a weekend in a world mixed of arts, crafts, engineering, music, science and sustainability. By far the theme of this year’s Make Faire was 3D printer creations.

And by and large, we have MakerBot is a New York based startup that sells 3D printers, or a “robots that make things” to thank for that theme. The Makerbot has spawned a 3D printing revolution, dropping the price point on machines that cost tens of thousands of dollars to a paltry $750. Their newest product the MakerBot “Thing-O-Matic,” ($1,225) which debuted at last year’s Maker Faire, is a 3D printer assembly line, printing item after item of thing after thing.

Last year, I rode a jet pony spinning around at 40 mph in the air and this year, I played with a giant Nintendo controlled sling shot. Workshops like how to create painted nails to teaching children how to solder were side by side with DIY Segway creators, signing cars with animatronic lobsters and 3D printed chocolate turtles. Check out a few select photos from this weekend’s event below.

To see all of our photos from this weekend’s Maker Faire, click here.

Read next: Wazoku takes the company suggestion box online, and throws social into the mix