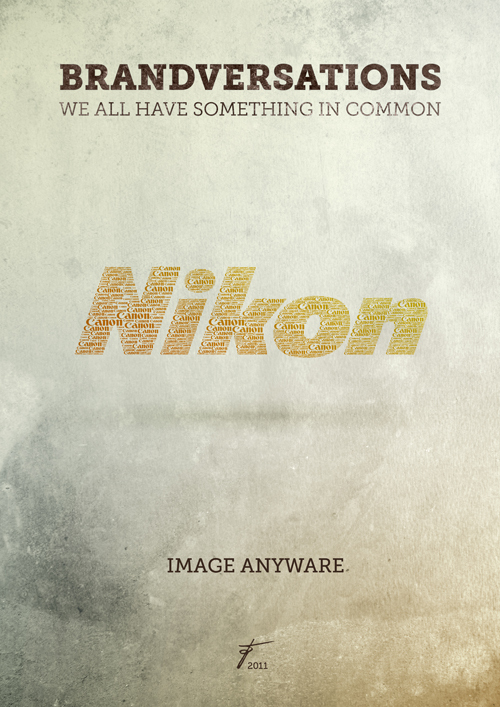 The battle between brands is most often fought by vociferous fans of one or the other. You can’t make a positive comment about Windows without being an Apple hater, you can’t say you use IE without being ridiculed by Firefox users. There is apparently even a McDonalds/Burger King rivalry in some areas of the country I’ve been told.

Well if you’re a fanboy of any of these companies, you probably won’t like these Brandversation posters which are designed to encourage you to think outside of your brand box. They’re brilliantly made images by Stefan Asafti that aim to create brand confusion between the logos of well-known rivals.

I’m a huge Canon fan myself as I’ve been using their products for a long time, but I also love Nikon glass and have used their products over the years. Nevertheless, it still gives me chills to see the logos given the flip treatment. We’ve picked out a few of our favorites below, but you can see the rest of Asafti’s Brandversations here.