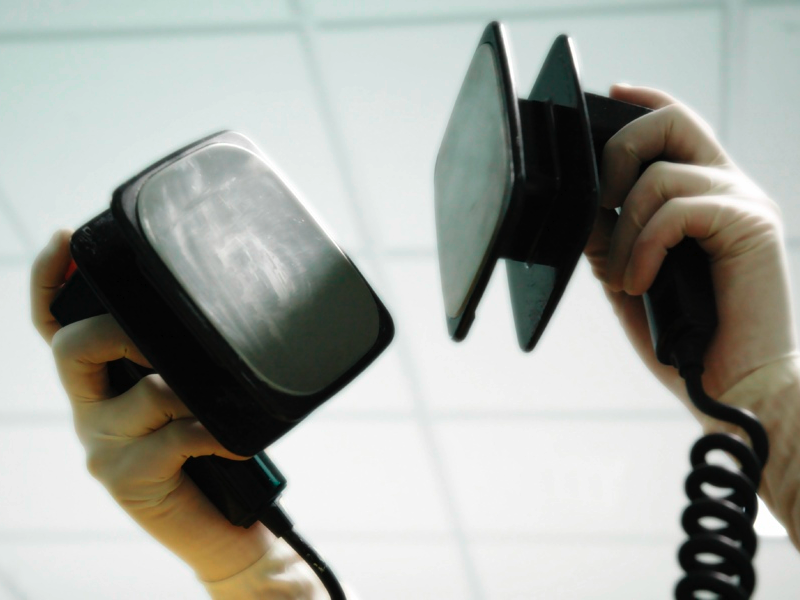 For more than an hour and a half, Howard Snitzer had no pulse. Snitzer, a 54-year old man, had passed out in front of a grocery store on a cold night last January in Minnesota.

The doctors in the ER had given up hope. But one flight nurse who’d arrived with the emergency helicopter had been trained in capnography. Capnography is a technology that measures how much carbon dioxide is expelled with each breath, a method traditionally used by anesthesiologists to monitor a patient’s breathing during surgery.

NPR documents the story of what happened when Snitzer woke up days later. For more than 90 minutes, Snitzer’s heart wasn’t beating. After using capnography monitor, the flight nurse said that Snitzer’s carbon dioxide levels suggested that blood was flowing to vital organs and thought Snitzer still had a chance. The nurse called the emergency room doctor, who said Snitzer was dead and that they should walk away. The nurse hung up and asked the rest of the people in the room, ‘Is anyone else here uncomfortable with walking away from this?’ And they all said yes. And it was at that point that he called Dr. White.”

Dr. Roger White, an anesthesiologist at Mayo Clinic is responsible for saving Snitzer’s life. “We just continued believing that the measurement of carbon dioxide pressure said that if we can stop that fatal rhythm, Howard will be OK,” White explains. The doctors shocked Snitzer’s heart 12 times and administered antiarrhythmic drugs in order to finally stop that fatal heart rhythm. After his pulse and a heartbeat were restored, Snitzer was airlifted to the Mayo Clinic.

Dr. White tells NRP that “before the use of capnography, the only way of assessing blood flow to vital organs was by feeling for a pulse or by looking for dilated pupils”. But these very crude methods are apt to fail. Case in point: Snitzer didn’t have a pulse. “Without the information from capnography”, said Dr. White, “It would have been reasonable to stop CPR — and Snitzer likely would have died.”

“The lesson that I certainly learn from this is you don’t quit — you keep trying to stop that rhythm as long as you have objective, measurable evidence that the patient’s brain is being protected by adequate blood flow as determined by the capnographic data,” says White.

NPR reports that “Capnography is slowly becoming standard equipment for emergency responders. Next year, the fire department in Brook Park will have five new capnography machines — as opposed to the one they have now.’

Read next: Kinect Star Wars pushed back to 2012