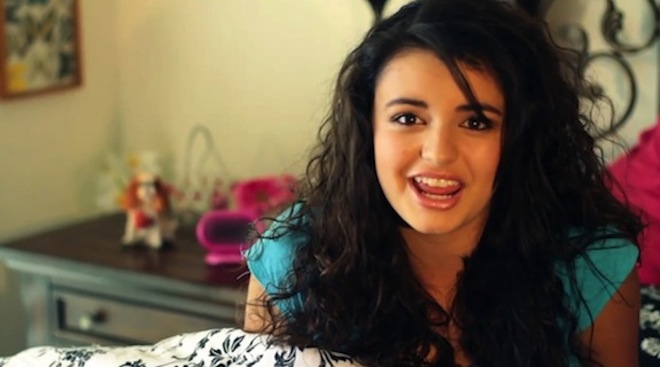 Update: It appears the rightsholders have removed the rental option and the video plays fully.

I can’t imagine any reason why you’d actually want to watch Rebecca Black’s video for Friday, but let’s just imagine that we’re living in an alternate universe where masochism is the accepted policy for survival. In that world, you’d head to YouTube, look up the video and start your ear-bleeding chant of trying to decide which seat you could take, only to be greeted by…a message telling you to rent the video?!

Yes, it’s true. The video with over three million dislikes would now appreciate it very much if you would pay $2.99 for the displeasure of having to listen to it in its entirety. Hard to believe? Yeah, for me too. But here’s your screenshot proof:

Granted, with 165 million views (I’d say “and counting” except I’m betting that the joke stops here) the teenage wannabe poptart has bagged a buck or two but this can’t possibly go the way that they think it’s going to.