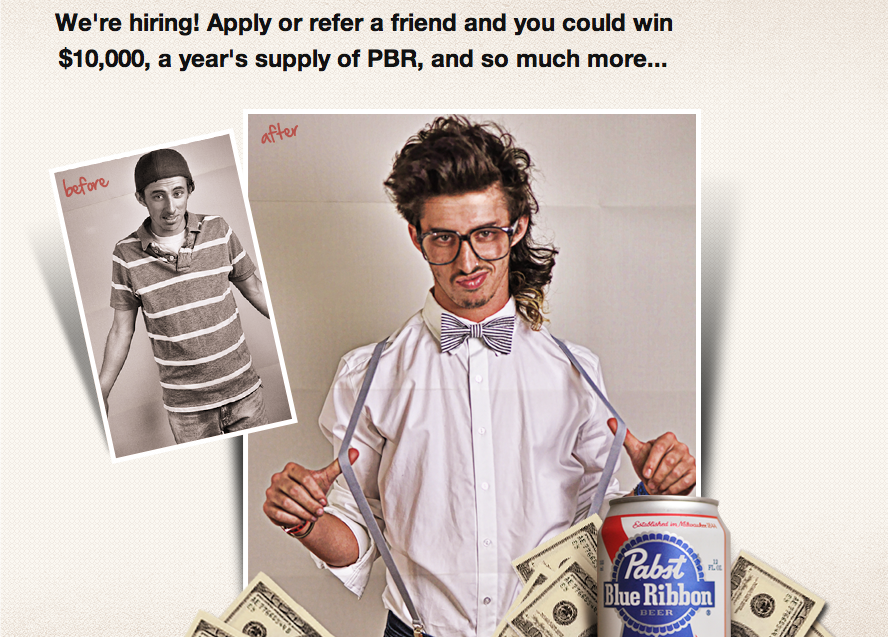 Hipster, an under the radar company based in SOMA, San Francisco says it’s building a fun way to uncover the vast amount of information about real-world locations that isn’t yet available online. The company was founded in 2010 by Doug Ludlow, Ethan Czahor, and Steffen Hoffman.

Yesterday, they published a rather interesting job post, seeking to hire both mobile and Ruby engineers. The stunt is that if you apply or refer a friend, “you could win $10,000, a year’s supply of PBR, and so much more…”

The “so much more” is as follows:

I’d like to say one thing: This hipster booty is totally sexist. I suggest swapping out the stache grooming services for unlimited bang trims, worn brown boots for Tom’s and the pinstriped bowtie for a $100 gift certificate to American Apparel. That is all.

Thanks to @Hugh for sending.