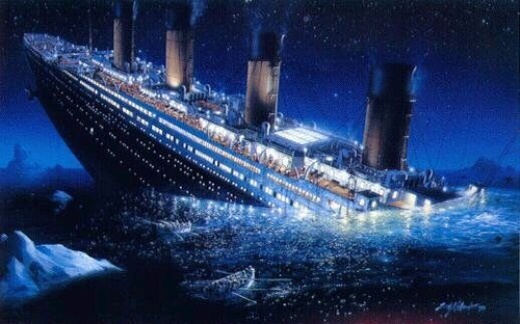 Today marks the 99th anniversary of the sinking of the Titanic, the world’s largest passenger steamship that struck an iceberg on its maiden voyage. You’ll be able to follow the disaster unfold on Twitter — and it won’t be about the love story of Jack and Rose.

The Maritime Museum of the Atlantic is tweeting the vessel’s original wireless messages from that night, and in real-time starting at 11:55 ADT, the same hour the ship struck an iceberg. You can follow the Titanic event on Twitter using the hashtag #ns_mma.

“I think they’ll get a sense that when this disaster happened nobody knew it was going to happen. We all know what happened to Titanic, we all know how the story unfolded in great detail. Well, nobody knew in 1912, let alone those poor wireless operators in their isolated, little windswept huts. And as you get these isolated, fragmented messages you get a sense of how this thing is building.”

The Titanic was equipped with the most modern wireless technology available, which was crucial in saving survivors and communicating news of the sinking.

Titanic on Twitter, as it is called, is an experiment so the museum can prepare for the 100th anniversary of the sinking next year, said Conlin.

On a lighter note:

Read next: The Top 10 Best Dropbox Services, Addons and Hacks