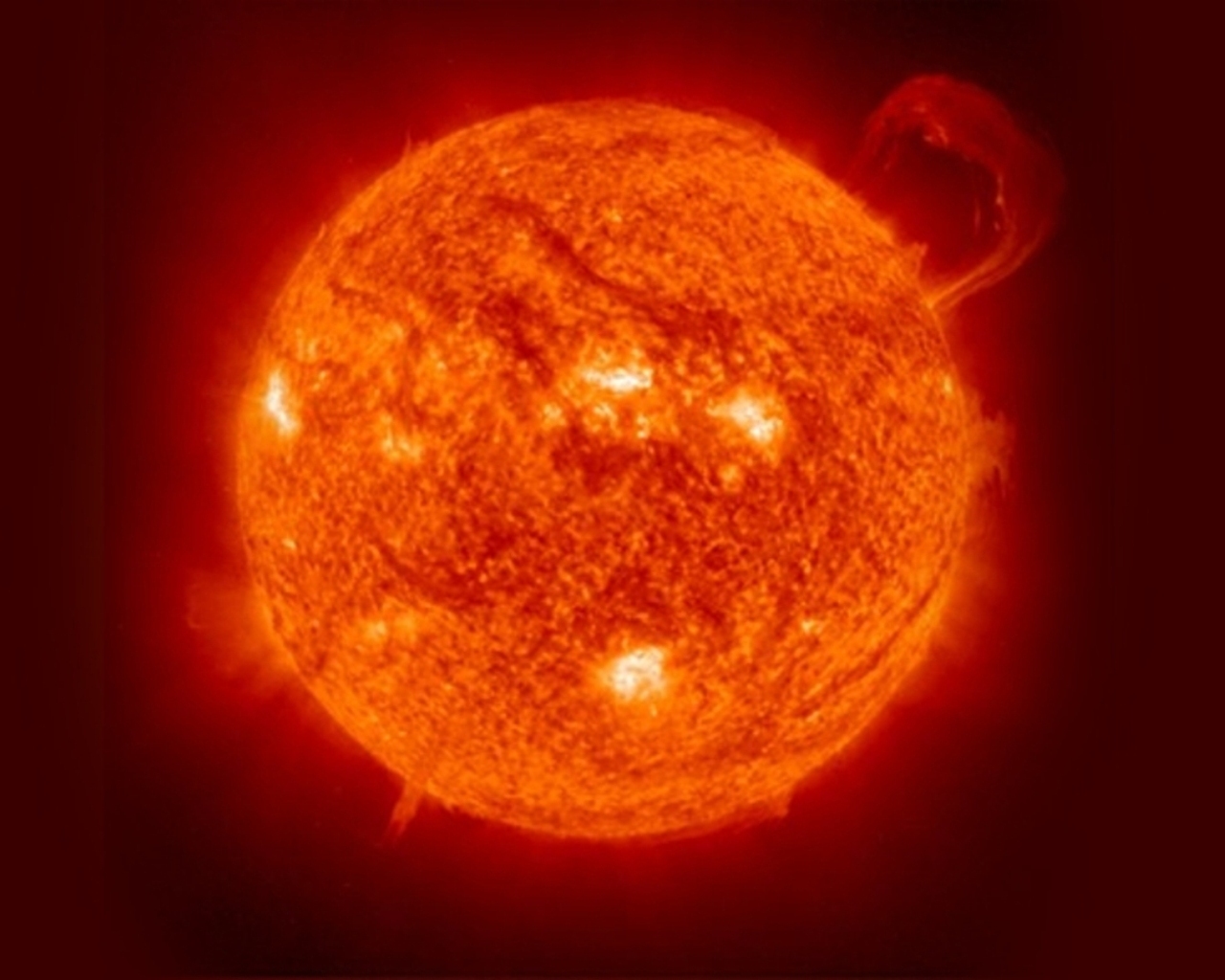 In the following video, GE took the basic make-up of the sun (71% Hydrogen, 21.7% Helium) and used that recipe to fill a weather balloon with. GE then ignited the balloon and captured the chemical reaction with 18 Canon 7d’s and 6 Canon 60d’s for a total of 24 cameras to shoot the explosion in a full circle. The result is a 360 degree portrait of our miniature sun.

“The actual sun is a fusion reaction, and millions of times more powerful than our little suns, but the idea of capturing this power is how we bring in the solar panels,” says a GE spokesperson.

According to the video, 100 miles squared of GE’s solar panels would capture enough of the sun’s energy to power the entire US. All complaints about GE’s business practices aside, this is a super stunning 2 minutes.

Read next: The Hapitca Braille watch for the blind: Beautiful, simple, inspiring [Video]