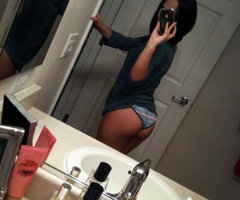 Yesterday, US fashion house Kenneth Cole caused a stir by tweeting out an ad for its new fashion line using the #Cairo hashtag. Given that said tag is being used to share news from the currently sensitive situation in Egypt, there was something of a negative reaction.

Cole apologised, not only deleting his tweet but by posting a message on Facebook. So, why would he then go ahead and stick decals like this onto his shop windows? We call a (pretty good) Photoshop job here, but the two photos, posted to Flickr by user Mikest earlier today are doing the rounds on Twitter regardless.

Telltale sign? No EXIF data about the camera used etc. attached to the images, oh and they’re set to Creative Commons AT-SA licenses when all the rest of the user’s shots are copyright controlled – these images were intended to be shared.

As juicy a story as it would be, in this case we’re just looking at what some people want to see.

Read next: If the Government Turned the Internet Off