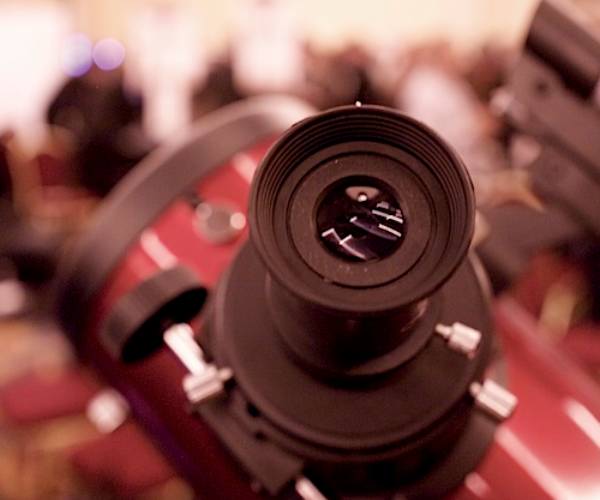 Celestron‘s new Sky Prodigy 130 was unveiled at this year’s CES and just picked up an Editor’s Choice Award from Popular Mechanics. The $800 telescope features a 130mm lens and a 5″ mirror powerful enough to bring Saturn’s rings and Jupiter’s moons into focus. With 4,000 celestial bodies in its database, viewers are able to identify and see stars that once were, some even thousands of years in the past.

“In three minutes, you’re an instant astronomer,” said Celestron’s Michelle Meskill. “You don’t need to have a computer, and 4,000 bodies are in its database.”

Read next: Nimbb Helps Bring Video Interaction to your Site