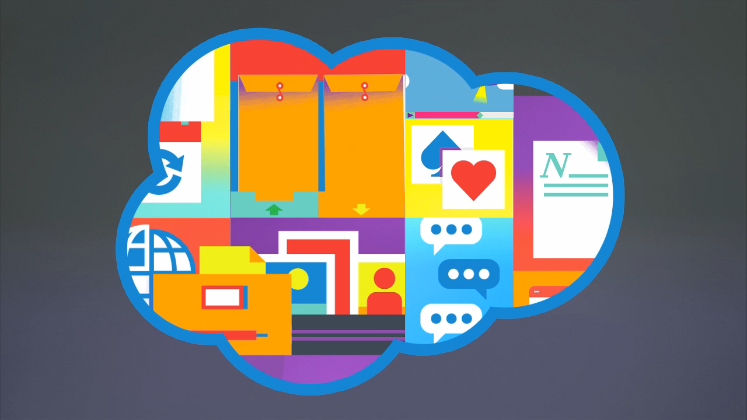 We all know about the Cloud right? Or Cloud Computing as some might say. Well it seems that it is the future, some companies already knew this but lately I’ve found that most consumers don’t. Now I know almost all readers of TNW must have heard about it before or might already call themselves Cloud Guru’s but I wanted to share this especially with the folks that could use some in depth info about what’s next. Social Media might need to give way.

The team over at JESS3 created this cool vintage looking video which shows the rapid growth:

Want the facts given to you straight? Well here you go:

So how and with what are we using the Cloud?

– Over 443 Million Skype subscribers used 23.6 billion skype-to-skype minutes in the first quarter of 2009.
– Dropbox has 4 million users storing over 1 Petabyte (a million gigabytes).
– 35 hours of video uploaded to Youtube every minute.
– Wikipedia has over 10 million articles in 273 languages.
– Over 40% of email is done through a mobile device or online using Yahoo!, MSN, or GMail.
– Farmville adds 10 million users a month.
– 90 million tweets are sent daily.

I can’t wait to see SM “experts” suddenly rebrand themselves when businesses want a piece of the Cloud. Do you know of any other great services that use the Cloud to its fullest potential? Please let us know below.

Read next: The Chrome Web Store is broken and it's not Google's fault