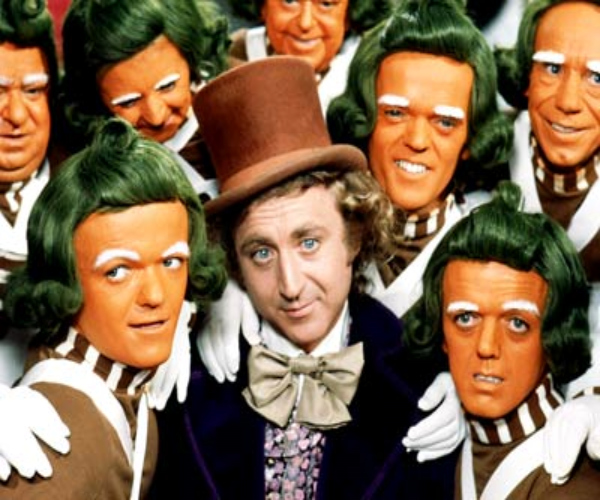 Usually when we talk about augmented reality, it has something to do with the augmentation of sight. If you need an example, check out our coverage of the new Star Wars game, Star Wars Arcade Falcon Gunner.

Well, you should know, sight isn’t the only sense that can be augmented.

Keio University in Japan has come up with a device that can apparently augment taste.

You stick a lollipop in at one end of the device and it can be any lollipop you buy at a store. You put the candy in your mouth and the device then uses speakers to make the lollipop vibrate. Evidently, by controlling these vibrations, the device allows the user to experience all kinds of textures inside your mouth like crisp apple, fizzy soda or, that’s right.

Here’s how they explain it:

This system works in a very simple way. There’s a vibration speaker here, and when your mouth touches the candy, a sensor detects your action. First, let’s look at the sensor. When your mouth touches the candy, this part tilts, and that’s detected by the sensor. The sensor data is output to this vibration speaker. When your tongue touches the vibrating candy, you receive a sensation, and when your teeth touch the candy, you hear a sound through bone conduction.

Apparently, all of the sensations are downloaded to the device although it isn’t exactly clear how that is accomplished.

If this thing ever makes it to the mainstream, and it might considering it took home two awards at the 2010 International Student Virtual Reality Contest, then they absolutely, positively must make Gene Wilder their spokesman.

Anything less would be a travesty.

Read next: In a world of phones that don't (explode) unfortunately Droid does. [Video]