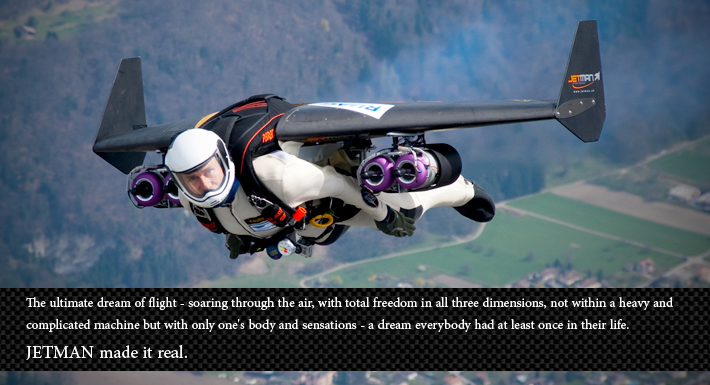 This man is living the dream everyone has, being able to fly! His name is Yves Rossy and he’s a retired military pilot from Switzerland that just had to fly in a different manner than that he was used to. Watch this video so you know what we’re talking about:

Yves has been developing his wing for more than ten years now, in which he tried to cross the waterways between France and the UK and between Spain and Morocco. The first was a success, the latter not so much. Even though a project like this brings its ups and downs, Yves seems to keep at it, something which we applaud. We can’t wait to hear more about Yves and his project, because who knows, we might be able to go out and book an afternoon flight ourselves one day.

Oh, and if you still think this guy doesn’t really fly but is just prolonging his fall then you might want to see this video of him doing loopings:

Enjoyed that? You’ll love this.