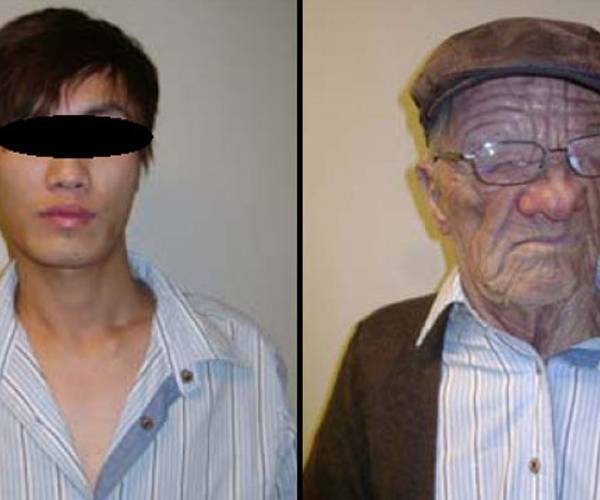 According to CNN, an “elderly Caucasian male who appeared to have young looking hands” boarded a flight to Vancouver from Hong Kong on October 29th. During the flight the man apparently entered the toilets looking like the man on the right and exited looking like the man on the left. After landing in Canada the man was questioned and eventually requested refugee protection.

The flight crew managed to find the man’s bags and discovered a ‘disguise kit’ complete with silicone type head, a neck mask of an elderly Caucasian male, a brown leather cap, glasses and a thin brown cardigan.”