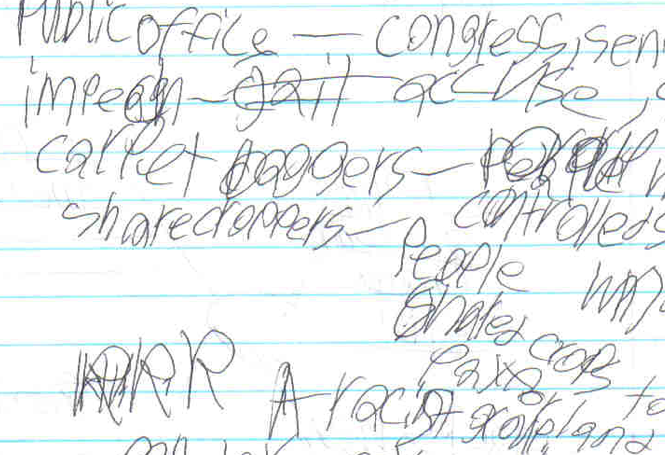 So the question is, should handwriting officially become a thing of the past? Something we might have to do very rarely but generally forgotten? Yes, according to Oberlin College associate professor Anne Trubek.

Trebek feels handwriting is too slow a technology for our pace of life and paying so much attention on the skill/art in classrooms is a waste of time.

She makes some valid points, with a 2007 U.S. Department of Education study finding that teachers spend on average 10 minutes a day on handwriting, reportedly up to 15 this year, Trubek says  “people seem to think that school kids should be spending more time honing their mastery of the capital G.”

She argues, “typing in school has a democratizing effect, as did the typewriter. It levels the look of prose to allow expression of ideas, not the rendering of letters, to take center stage.”

“Does having good handwriting signal intelligence? No, not any more than it reveals one’s religiosity” she continues. “But many teachers make this correlation: It is called the ‘handwriting effect.’ Steve Graham, a professor at Vanderbilt University who studies handwriting acquisition, says that “teachers form judgments, positive or negative, about the literary merit of text based on its overall legibility.”

So what say you? You should handwriting as a formal part of education be done with? Should it be left to the parents to teach their kids this fundamental tool that really isn’t used all that much, on paper at least? Is it worth 15 minutes of every childs early schooling years? Should every formal official document be typed and signed electronically?