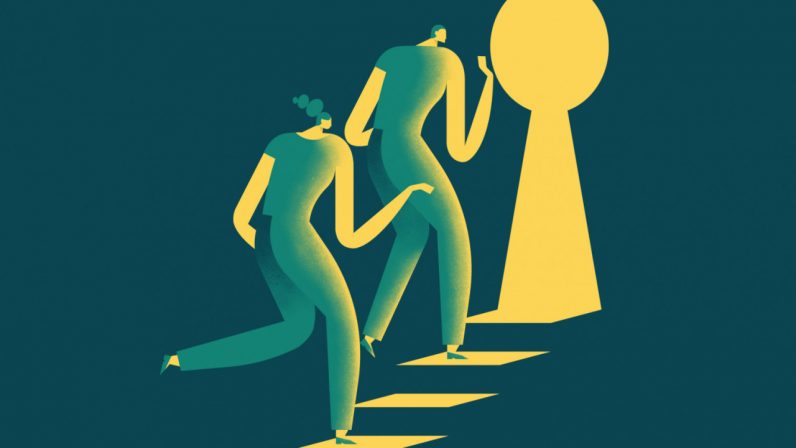 From the days when our ancestors exchanged bartered cattle for grain to the era of mobile banking, the finance and payments industry has evolved in parallel to technological advances in printing, construction, communications, and computers.

There are plenty of reasons to believe artificial intelligence will spur the next revolution in the way we handle wealth and money. Modern AI is already leaving its mark in many different domains, including banking and payments.

“Four years ago, the world of data science and machine learning in banking was limited to the way we looked at credit applications. That’s when machine learning started. There wasn’t much momentum on the consumer side,” says Jochem Wubs, data scientist at ABN AMRO.

But in the past few years, we’re seeing many parts of the banking and payment sector becoming data-driven and enhanced by AI, Wubs says.

Various branches of AI will enable financial institutions, retailers, merchants and service providers to better understand their customers and serve them in more convenient ways. On the other hand, AI-powered consumer technologies are making payments easier and frictionless. Wubs breaks down the opportunities presented by AI into two broad categories:

“For us, in the banking sector, the question is, how should we become more integrated in the customer journey? That is something that AI is going to help us with,” Wubs says.

Here are some of the ways that AI is changing the way we store and exchange money.

Thanks to advances in natural language processing and generation, financial institutions can now provide their customers with conversational banking experiences through AI-powered chatbots. These chatbots serve as assistants to the consumer and replace the often-tedious experience of using user interfaces in apps. Conversational banking helps financial institutions to reduce the costs of customer support while giving customers 24/7 access to AI-powered support.

A successful example is Erica, Bank of America’s digital assistant, which launched last year. BoA’s customers can interact with Erica as if they were talking to a banking assistant. Erica can respond to simple queries such as getting balance info, account and routing numbers, and credit score.

The assistant can also transfer money to other people and perform more complicated tasks, such as providing customers with insights and guidance about their spending and saving habits.

BoA’s success with Erica is partly due to the fact that the company has acknowledged and embraced the limits of AI’s grasp of human language. The company educates customers on what Erica can and can’t do and has a staff of human operators that are ready to jump in where the chatbot reaches its limits.

“Every bank is looking into changing interactions with customers. The goal is to have a more conversational interface with clients; an interface that is not only a single channel, but can be voice, text, and others. What we really want is that when a customer approaches us, we know what their needs are,” Wubs says.

In the past few years, deep learning and neural networks have triggered a revolution in automated speech recognition systems (ASR). This technology enables digital assistants such as Alexa, Siri, and Cortana to process voice commands and understand different nuances of speech.

One of the interesting uses of voice-enabled assistants is purchasing items. Amazon, which is ahead of the competition, already supports shopping for millions of items. Shopping with voice is as easy as telling Alexa to order dog food or paper towels.

Earlier this year, online florist 1-800-Flowers.com launched a smart ordering feature on Samsung’s Bixby voice-powered digital assistant. The feature enables users to purchase and send gifts with simple voice commands such as “Hi Bixby, I want to send flowers to my wife.”

Starbucks is another brand that made an aggressive push into voice-enabled ordering. Last year, the company launched voice ordering on Bixby, allowing customers to interact with the assistant as if they were talking to a barista and make personal modifications to their beverages.

Earlier, Starbucks added integration with SYNC3, Ford’s Alexa-enabled technology. This new feature allows drivers to ask Alexa to start their Starbucks order while on the road.

While voice purchase is an exciting and convenient feature of artificial intelligence, it does have its limits. For one thing, it’s very difficult to use a voice-only interface such as Alexa when you want to make a purchase that requires multiple steps, or when you want to browse and choose between different items.

In the future, thanks to artificial intelligence, you can walk into stores, pick any item you like, and walk out (without getting arrested for shoplifting, of course). Amazon was the first company to introduce the idea of cashier-less brick-and-mortar shopping with its Amazon Go retail stores.

The system uses hundreds of sensors and cameras powered by advanced computer vision algorithms to monitor customers as they move around the store and update their cart info, while they pick up or return items to shelves. When customers walk out of the Go store, their Amazon account is automatically charged for the items they’ve purchased.

But the seemingly simple task of figuring out what customers are doing in a store is very challenging for the current blends of AI, which lack the common sense and abstract thinking skills of humans. Amazon announced Go in 2016, with plans to open to the public in 2017. But the official launch was postponed to 2018 because of the problems the company ran into during its pilot.

The most popular way to determine whether you’re liable for a loan or not is credit scoring systems, which take into account your recorded financial data, such as your income, banking history, tax payments, etc.

This system works well for people whose credit and banking history is well recorded. But it excludes the hundreds of millions of people who are underbanked and aren’t in the digital financial system.

Now thanks to AI, a handful of companies are redefining creditworthiness and risk assessment in loans to provide better opportunities for everyone. An example is Singapore-based fintech startup Lenddo, which uses machine learning and “alternative data” to determine how likely it is that an applicant will repay their loans.

Lenddo’s AI algorithms comb through thousands of data points such as social media account use, email subject lines, internet browsing, geolocation data, and other smartphone information and behavioral traits to find patterns that can determine a customer’s creditworthiness.

Well-established firms have also set their sights on AI to up their game. Last year, Equifax, one of the three main credit reporting agencies in the U.S., launched a credit scoring system that uses neural networks to help its customers assess risks.

Dubbed NeuroDecision, Equifax’s new technology provides AI models that improve performance while also conforming to requirements for explaining the logic behind their decisions.

The effort aims to address the lack of interpretability of machine learning and deep learning algorithms, which is one of the main pain points of using AI in sensitive operations such as determining credit scores and processing loan applications.

As global transactions continue to grow, so does the threat of online fraud. According to cybersecurity firm McAffee, online fraud accounts for a large part of the $600-billion toll cybercriminal activities take on the global economy every year.

Classic attempts at detecting and flagging fraudulent transactions revolved around determining static rules such as geolocations, IP addresses, the difference between billing and shipping addresses, the amount of purchase, and the type of items. However, fixed rules often result in legitimate transactions being declined (aka false positives), which is coming at a huge cost to online retailers.

“Almost everyone has experienced this technology at one point in time—either at the checkout counter or trying to make an online purchase—the ‘false positive’ rate on this older type of fraud mitigation is fairly high and creates an inconvenience for the consumer, while at the same time attackers are able to bypass these types of restrictions through the use of tunneled proxy IP addresses located within the vicinity of the real cardholder zip code,” says Alex Heid, Chief Research Officer at cybersecurity rating and monitoring platform, SecurityScorecard.

With the help of artificial intelligence, merchants and financial institutions can make a more granular analysis of the tons of data available about transactions and customers and better tell the difference between regular and fraudulent activities.

“New AI-based fraud mitigation technologies take many more data points into account. These data points can give insight into not only the probability that a transaction is fraudulent, but can also give an indication that a user account may have been compromised for use in fraud—or that a new ‘fake’ account was created specifically to carry out fraud.

Analysis of the additional data points can help lower the frequency of false positive alerts for legitimate transactions and increase the rate of legitimate alerts for suspicious activity,” Heid says.

This enables the payments processor to constantly update its system and specialize its rules based on region and industry and better predict which transactions are fraudulent. The system has helped MasterCard reduce false declines by 50 percent.

The future of banking and money

The first step for leveraging AI in finance is to know the customers better. Financial institutions already have plenty of data about their customers, which they can leverage to provide services that are tailored to their needs.

“The possibilities are amazing. But finding the correct applications within the world of banking can be quite challenging. As soon as we start with customer propositions, new products, whatever, we examine how AI can be involved here,” ABN AMRO’s Wubs says.

Where will AI take the financial industry? Wubs believes the effort should lead to a seamless experience for the end users.

“We want to make sure that our clients can focus on the things that really matter to them instead of worrying about banking and finance—that’s our job,” Wubs says. “Technological developments in the banking and finance sector are advancing at an accelerating pace. We’re in a transition in the way of thinking about money. It’s interesting to see how the industry adjusts to that.”

Whatever your specialism, with ABN AMRO your talent and creativity will help build the bank of the future.Find out what it’s like to work for ABN AMROandlearn more about their exciting job opportunities.