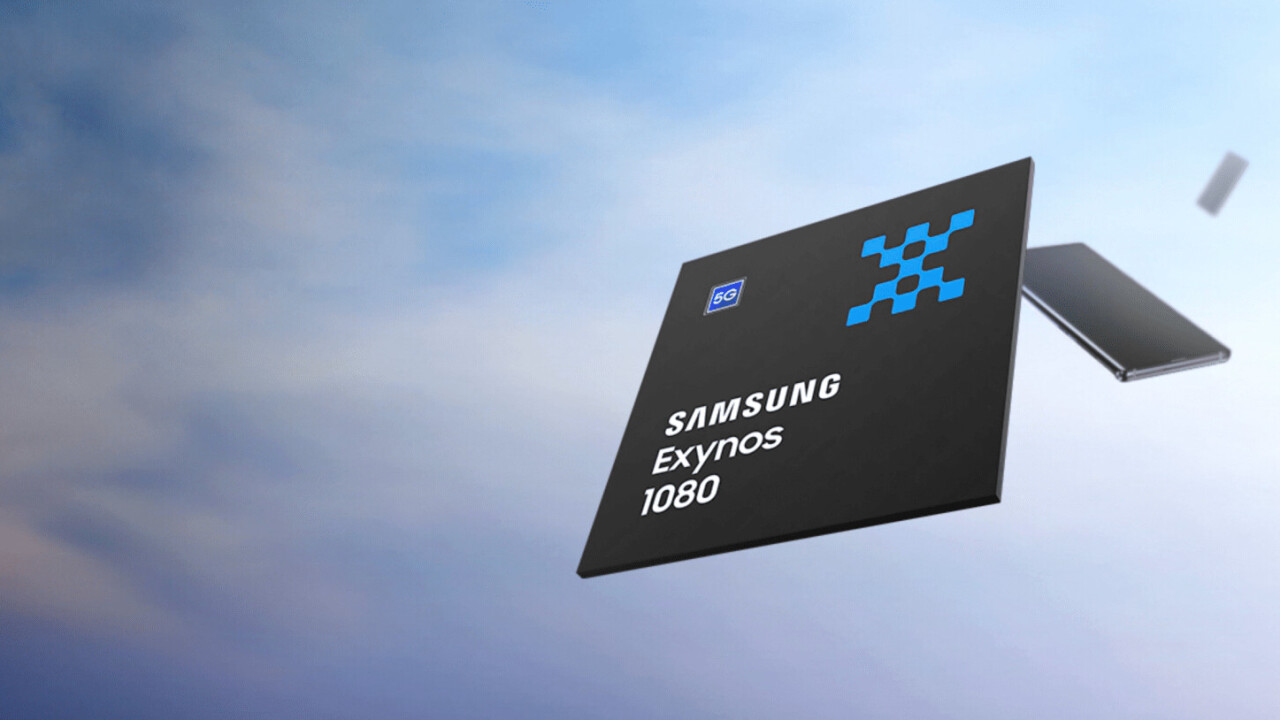 Apple undeniably stole the spotlight this week with the unveiling of its first-ever in-house silicon for Macs — the M1. But the Big A is hardly the only tech giant boasting new chips: Samsung has lifted the lid on its new midrange mobile chip, the Exynos 1080.

The chipset, which combines 5G capabilities with enhanced AI features, is the first ever platform built on Samsung‘s 5nm technology which it first showcased last year. Among other things, the 5nm tech promises significant improvements in performance and power efficiency, which is something every phone can benefit from.

Samsung claims the chipset has been optimized for multitasking, packing an octa-core CPU with one high-performance Cortex-A78, three slightly less powerful Cortex-A78 cores for balanced processing, and four Cortex-A55 for efficiency. The innards also include a Mali-G78 MP10 GPU.

In addition to that, the Exynos 1080 comes with support for up to six camera sensors and 200 megapixels in resolution.

Samsung hasn’t yet revealed in what phones it plans to use the new chipset, but the company has hinted Vivo might be the first brand to utilize the technology, starting with its X-series slated for release in 2021.

Considering its obsession with packing huge sensors with unholy megapixel counts inside its devices, Xiaomi is another brand we might see use Samsung’s new chipset.