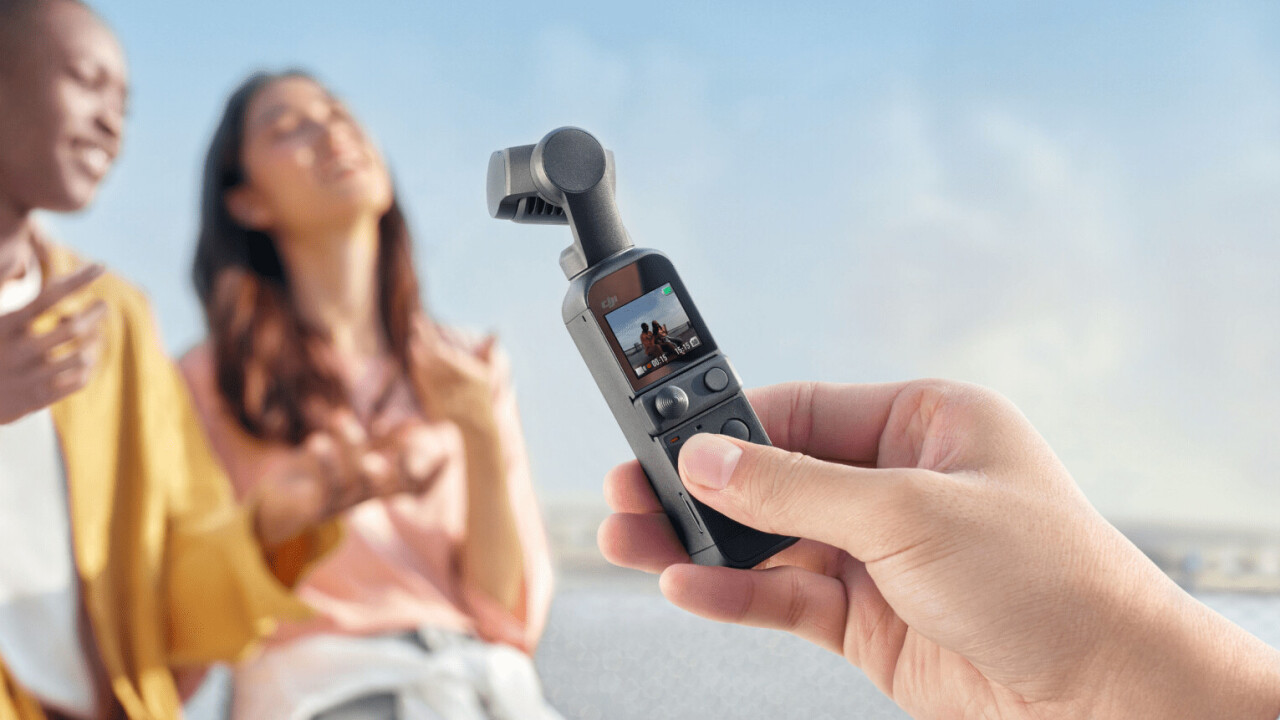 DJI today announced the Pocket 2, an update to the Osmo Pocket. For those not familiar, it’s an adorable little handheld vlogging camera that features an impressive stabilization gimbal. This time around, DJI is increasing the sensor size and adding a wide range of functionality through a removable base plate.

The most notable spec upgrade is a larger sensor, going from 1/2.3 inches to 1/1.7. Moreover, the new lens has both a wider field of view — equivalent to 20mm on a full-frame sensor — and a brighter F1.8 lens. Combined, these should make for a significant improvement in low light imaging.

The camera will also support HDR video to better improve dynamic range, and offers up to 8x zoom thanks to the 64-megapixel sensor — up to 4x of that is ‘lossless’ when filming in 1080p. Likewise, autofocus has improved with both contrast detection and phase detection, which should hopefully be able to better track subjects.

As before, there are a variety of shooting modes, including a timelapses, hyperlapses, and panoramas for stills. You can also stream directly to Facebook or YouTube.

Video aside, the other big spec improvement is in the new “Matrix Stereo” microphones, which DJI claims is a “complete rework of the audio system” using four microphones placed to avoid being covered by your hands. There’s also an “audio zoom” feature that uses the four multiple microphones to allow you to zone in on a specific region in your field of view. Audio quality was one of the complaints levied at the original, and it seems DJI took those comments to heart.

The aforementioned removable base plate allows you to attach a variety of accessories, including a handle with a wi-fi and Bluetooth module, a 3.5mm audio jack, a speaker, and a wireless microphone receiver.

The Osmo Pocket 2 will retail starting at $349, and goes on sale November 1.