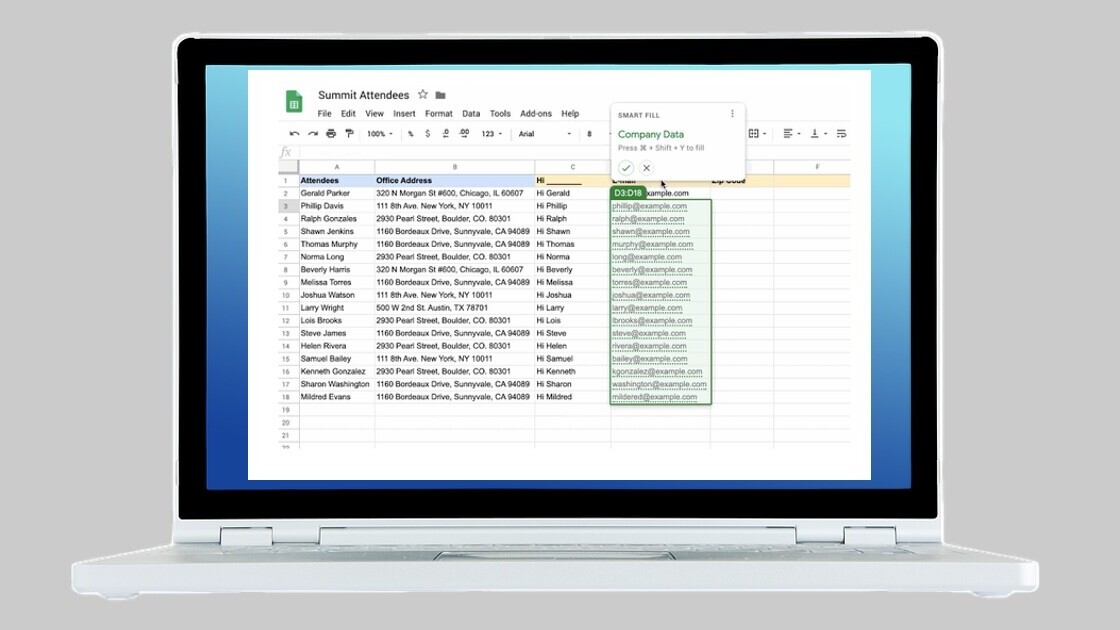 Google‘s Smart Compose feature in Gmail has helped me a lot, from autofilling names to completing sentences and saving me time. Now, the company is rolling out similar technology in its Google Workplace product, Google Sheets.

There are a couple of things you can do through the new Smart fill feature in Google Sheets. If you have a column with full names, and you’re making one with last names, it’ll suggest formula as soon as you type the first entry. Similarly, if you have a column for a postal address, and you’re creating another with postcodes, the new smart autofill will pick up these codes after you key in the first entry.

[Read: Google now lets you hum to find that song stuck in your head]

This’ll come in handy when you’re preparing a list of people to send out invites or holiday greetings, for example. You can see the new feature in action in the GIF below.

In addition to understanding the context of the sheet, it can also fetch data from publically available data, such as cities in a country, from the Google Knowledge Graph. Plus, if you’re an enterprise customer, you can also fill in data from your company’s address book.

Google says that this feature will roll out to all users by November 5 and it’ll be turned on for all users by default.