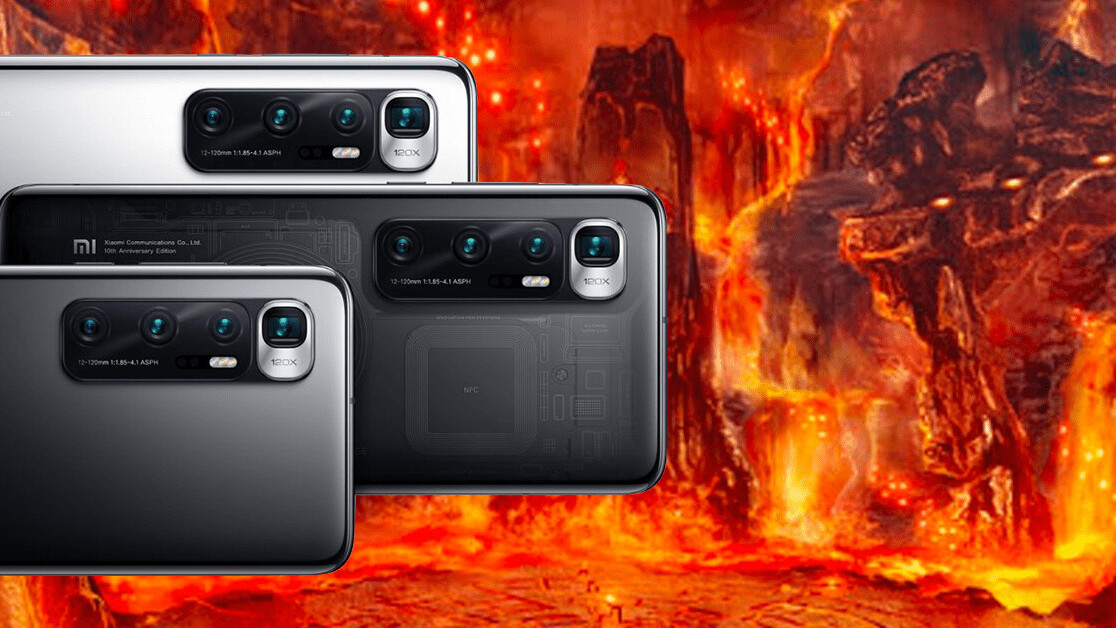 Something happened to me last week and I’ve not recovered since. So I thought this was a safe place to open up. Anyway, here we go: the ultra-zoom camera on the Xiaomi Mi 10 Ultra invokes what Nietzsche was blathering about after spending too long time gazing at some sort of abyss.

What I’m saying is the Xiaomi Mi 10 Ultra is not on and I won’t accept it.

When it comes to camera arrays, I like to think I’m a pretty open minded sorta guy. Would I want one living next door to me? That’s impossible. You’re a fool. Get out of my house.

Still, the iPhone 11 Pro’s bazooka trio layout? Grand, let’s go for a drink! The robotic strip of the Meizu 17 Pro? You can stroke my dog. But the Xiaomi Mi 10 Ultra’s camera array? Get out.

That above picture might’ve interrupted your reading flow, but I had to do that, to look out for you. Because… trigger warning: what you’re about to see is deeply, immensely, nay, cavernously, upsetting.

Let’s be clear, three quarters of the camera array is fine. The left 75% is a totally normal, acceptable range of nondescript lenses. They might not be pretty, but they’re fine.

But then we get to the final… thing on the right. The sight that ruined my week.

Before I go on though, it’s a good time to talk about what the Xiaomi Mi 10 Ultra actually is. It also helps ramp up the tension.

Effectively, the Xiaomi Mi 10 Ultra is a premium device that’s meant to celebrate the company’s 10th anniversary of making phones. The Ultra is part of the Mi 10 range — which also includes the Mi Note 10 — and, at the moment, is only being released in China. Which is a small blessing.

Oh, and it’s rammed to the brim with phenomenal tech. Like the camera array:

This is all well and good, and certainly impressive, but I’m too small and petty of a man to let that ultra-zoom camera go.

Those involved in the product’s design have much to answer for.

Let’s examine it for a short moment. The protrusion, the tackiness, the junk metal vibe. Just look at the way it glares out at the world, like the old peeper who lives two doors down and you only see between swishing, piston-pumping curtains.

Are we meant to believe this wasn’t influenced by the winking urethra of a robot? An androids gaping a-hole? Because that’s all I’m seeing. A 120 times over, that’s about it.

Or maybe a designer was enjoying a refreshing can of soda, ripped off the ring-pull, and thought “yes, this is the aesthetic I’m after.” Truly, what could compliment a premium, celebratory mobile device better than a cheap-looking bit of disposable aluminium? I, for one, don’t have the answer.

Gaze into the abyss? I’ve done it — and it goes by the name of the Xiaomi Mi 10 Ultra’s camera array.