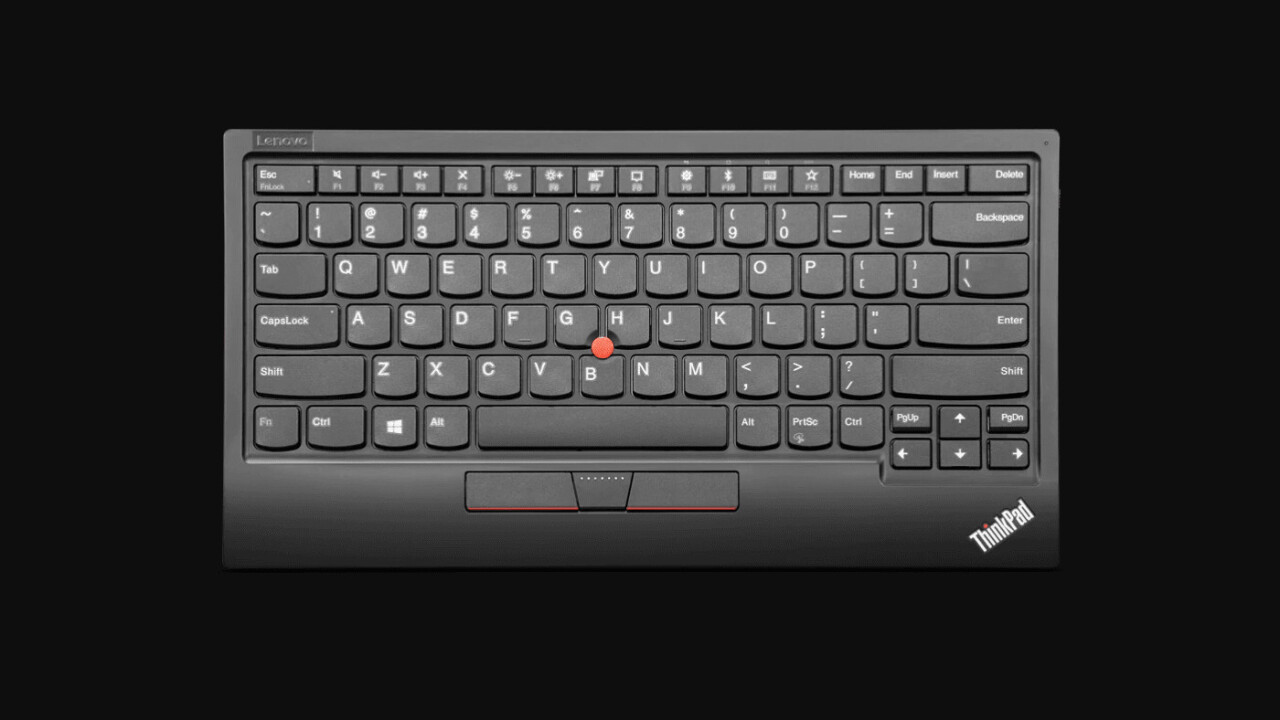 It’s no secret that ThinkPad laptops have historically had some of the best keyboards on the market – better than many desktop ones. If you’ve ever wished you could just chop the keyboard off your ThinkPad and use it on for your desktop setup, Lenovo’s new $99 ThinkPad TrackPoint Keyboard II has you covered.

The keyboard was first announced at CES, and it even has the little red nub (that’s the ‘TrackPoint’ part) that ThinkPads are famous for. It might especially come in handy if you ever need to control your PC from a distance without wanting to use a separate mouse.

As you can probably tell from the ‘II’ in the name, this isn’t the first time Lenovo’s made a desktop version of its laptop keyboard; the company’s been selling its older model for a while now. But that one charged via Micro USB (yuck) and used an older Bluetooth standard, as well as having a slightly older layout.

The new model charges via USB-C, and can connect via Bluetooth or a USB receiver, the latter which can support two connected devices. The new keyboard is also designed to work with Android as well as Windows, and supports 6-point entry to aid the visually impaired.

For those of us who grew up on laptops or those who just prefer chiclet-style keyboards, ThinkPads tend to rank at the top of the typing experience. Let’s just hope this particular keyboard lives up to its laptop inspirations.

The TrackPoint Keyboard II is available now for $99 from Lenovo’s website.