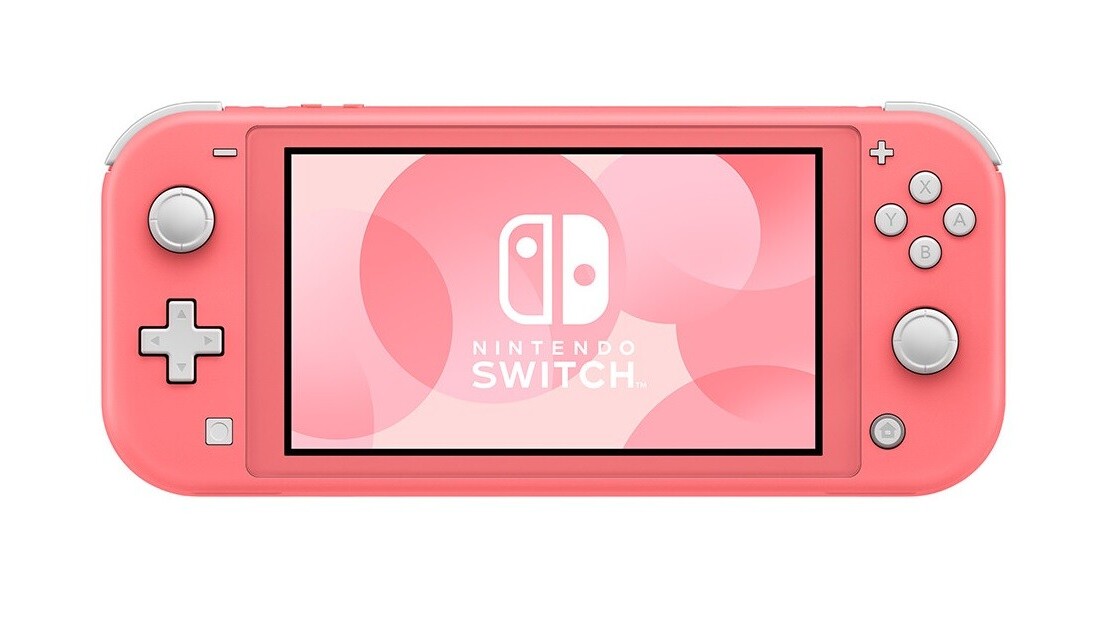 Nintendo announced this week a new color for the Nintendo Switch Lite, the first since the handheld launched, and it’s a lovely shade of coral-pink. While I had no intention of getting a new Switch that I don’t need, I admit this one color is making me question not only my own space and priorities, but also why we don’t have more brightly colored consoles out there.

Nintendo revealed the new color would be released in conjunction with the new Animal Crossing game, New Horizons. Nintendo is also releasing an AC-branded Switch Classic in delightful green and blue. But still, that pink though.

[Read: The legendary Nintendo PlayStation is on auction, and it’s already at $48K (Update: Now at $360K)]

The pink Switch is the first color of the console I’ve actually liked in its entire lifespan — and I’m including both versions of the console in that. I’m not keen on any of the Joy-Con colors, and while the turquoise Switch Lite is alright, the pink one is the first one that’s triggered the need in my little magpie brain.

Okay, maybe this yearning isn’t entirely without precedent. I owned the pink Game Boy Advance, and was so enamored with the color that, when I bought the ubiquitous worm light, I hunted for ages for a pink one because it had to match. I also owned a red Nintendo 3DS, both of which, while not in regular use, occupy places of honor on my console display. And they stand out, because the other seven devices on the shelves are either SNES gray or a shade of black.

My little #Nintendo museum under my TV. (Ignore the Kinect — I can’t figure out where else to put it.)

There’s nothing wrong with the Switch I’ve got. It’s a day one Switch Classic. It’s solid, dependable, and has the iconic red/blue Joy-Con the company showed off in the months leading up to launch (the only other option at the time was the one with two gray Joy-Con and… no). It’s my ride-or-die, and I’m frankly astonished we’ve been together for almost three years now. Time flies. But damn it, it’s just never quite had the je ne sais quoi of the other Nintendo handhelds I’ve owned.

This gleeful reaction to the pink Switch Lite makes me wonder why such great colors are a curiosity, and basic black is the norm. Consoles are supposed to be instruments of fun, and black plastic really doesn’t look as techno-chic as it used to. While we have yet to see the PlayStation 5, we have seen that the Xbox Series X is yet another black box, and I have no reason to believe the PS5 will be any different.

Come on, console makers, would it kill you to give us some color options? Give me a PS5 in royal blue or an XSX in neon green and I’ll buy five yesterday. After all, I don’t have room for a pink Switch Lite specifically because I’m leaving room for the next-gen offerings.