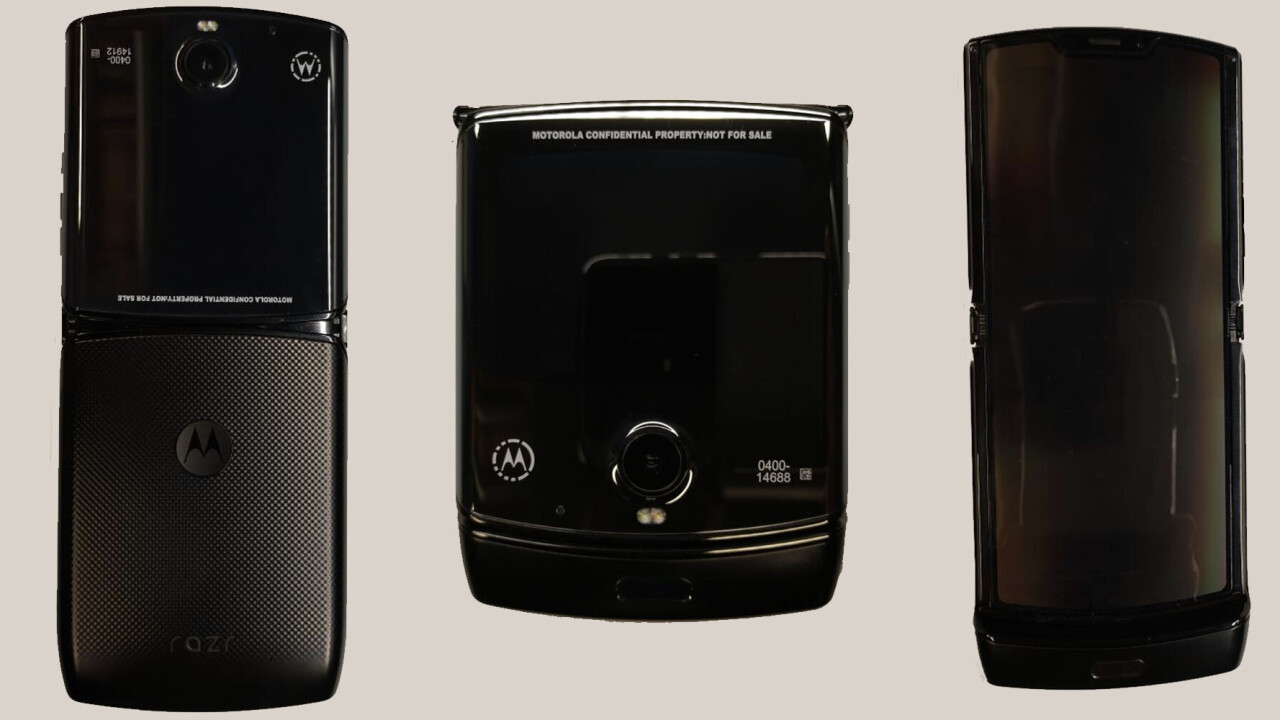 Just a few hours before Motorola‘s event tonight, we’re getting our clearest look at the new RAZR phone yet. Moreover, we know this leak is the real deal: it comes via the FCC, which seems to have jumped the gun on making the phone‘s listing public. There’s a lot to peruse through, and much of it we already knew, but the documents do reveal a few facts about the phone.

The phone looks pretty much identical to the leaks we’ve so far, though those have typically been marketing renders and the like. That said, we do at least get to see the bottom of the phone, which reveals the expected USB-C port (and no headphone jack).

Things get a bit interesting after that. A poorly concealed user manual reveals that the button on the bottom of the phone is a fingerprint reader and power button combo. It also tells us that that the phone has “volume sensors” as opposed to volume buttons.

The labeling also implies that the external screen is only meant to be used for notifications (as opposed to the full-fledged usability on the Galaxy Fold’s external display. That makes sense though, given how tiny it is.

We also see the notch above the internal display contains a flash, speaker, and a single front-facing camera.

Going back to the outside of the phone, we see the hinges stick out a bit when the phone is folded, which is weird. But they also kind of look like buttons. Perhaps squeezing them makes the phone pop open?  I see no mention of this elsewhere, but it would be a cool mechanic.

Looking through some other documents, we can point out a few other details:

The photos reaffirm the idea that the RAZR will be an unusual type of folding phone: one that folds smaller than a typical smartphone, not one that expands to a larger size. While I somewhat question the utility of this, some will appreciate the more compact form factor. It’s also unusual for a folding phone to use midrange components, but it also makes it likely the new RAZR will be the cheapest folding phone yet.

Either way, we’ll find out more tonight. Motorola‘s event is set to start at 7PM Pacific, so tune back in to TNW tonight for more.