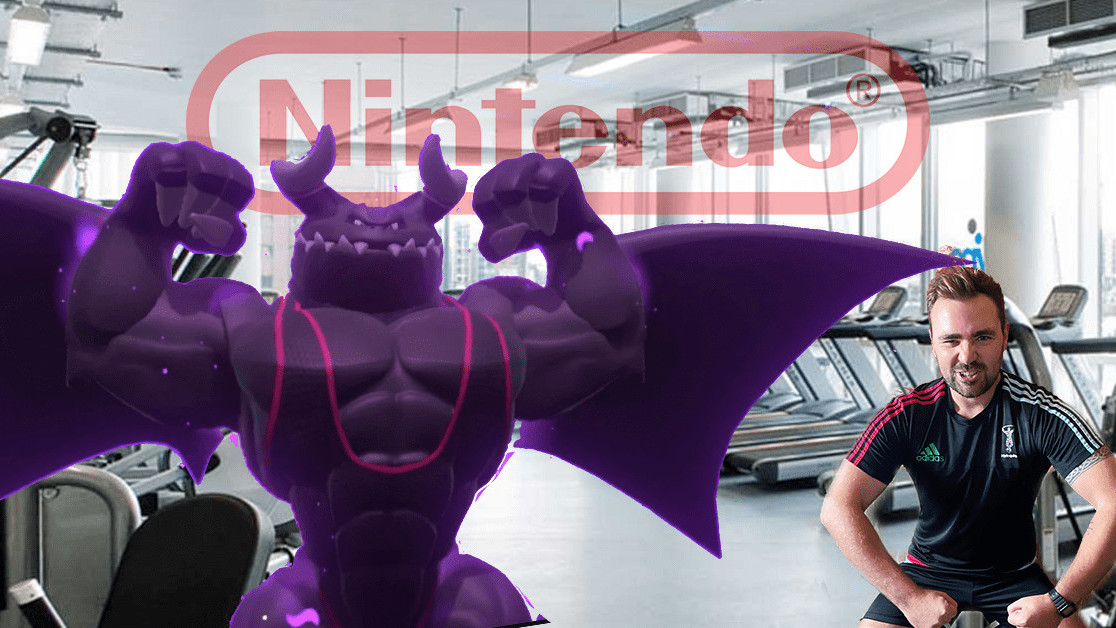 You’ve got to love Nintendo. No one would have begrudged the company if it rested on its laurels after releasing a console as fresh as the Switch, but it hasn’t done that at all. Quite the opposite in fact.

Since the console’s launch, Nintendo has released a range of extra hardware, including cardboard Labo kits and a VR headset. But now? It’s getting into the fitness game with a circular bit of plastic and a leg strap.

We had a chance to play with the hardware in Amsterdam and walked away impressed. Here are seven things we discovered in that process.

You get used to the equipment pretty quickly

When I first held the Ring-Con and strapped the joy-con to my leg I was… less than enthusiastic. To put it bluntly I felt like a goofy fuck.

After a few minutes of usage though, I got used to it. Such, I suppose, is the human condition.

The Ring-Con is the main bit of equipment, and you interact with a lot of the game by either squeezing or pulling on it. This bit of hardware also functions as your main tracker, meaning the game can follow your stretches and other movements. It feels well made, tactile, and with enough resistance to keep things interesting.

The leg strap did make me feel like I was wearing a wedding garter — and you need to strap it on hard to ensure the joy-con stays put — but it works fine. I didn’t actually check if it was machine washable, but I’d assume so. Otherwise it might start smelling bad very soon.

While I might not want anyone filming (more) video of me using the Ring Fit Adventure gear, it ended up feeling more natural than I thought it would.

The game’s adventure mode takes your mind off exercising

Even though Ring Fit Adventure literally has “adventure” in the title, I did expect the game to be more like Wii Fit, a title in which you just copied the on screen instructions. This wasn’t the case at all.

Ring Fit Adventure finds your character going to different stages, sprinting through the levels, blasting things, and fighting enemies — all while you’re hunting down the game‘s main villain.

Now, I spent under an hour on the main quest, so it could get dull after a bit, but I did find the adventure engaging during my time with it.

While you’re traversing the level (which you do by jogging on the spot, as your character runs along a fixed path) you can also squeeze of pull on the ring, which blows or sucks air respectively. As you’re progressing, you can move the ring around, and interact with the area, blowing apart things or sucking in items, such as money or power-up items.

When it comes to fighting an enemy, you choose an exercise (some of which are more effective against certain creatures), and then undertake that to vanquish them. This can be squats, presses, or a range of other activities. The battle mechanics themselves kinda work like a sweaty Pokémon.

These interactions do an amazing job of taking your mind off the exercise — which is fantastic. I do wonder whether this impact will stop working after a while, but it really made my time with Ring Fit Adventure fly by.

There’s a sick option for people who live in flats or old, creaky buildings

I live in an Amsterdam flat that was built in the 1880s. This means the floors aren’t that thick. Now, I mentioned before that you move through a level in adventure mode by jogging on the spot — something I can’t really do in my apartment unless I want my downstairs neighbours to hate me.

Luckily though, Nintendo has thought of this in Ring Fit Adventures. There’s an option to switch from running on the spot, to doing micro squats. It’s a small change, but will make all the difference to people living in apartments across the world.

Though I don’t believe that’s intentional. The main villain is some sort of dragon/man hybrid with huge, bulging muscles tucked into a tiny little wrestling singlet.

Oh, and he talked about “rings” a lot. Count me a fan.

You get a genuine sweat on

Yes, I am a sweaty man in general, but that moistness was definitely increased by Ring Fit Adventures.

If I had to describe the exercise the game puts you through, I’d compare it most to aerobics. You do lots of repetitive work-out actions that start to burn over a while.

The other game modes apart from adventure — which are a general fitness routine and some really fun mini-games — also follow this sort of route. Although, there are some intense 20 second exercises that are devastating.

During the trial, the options were generally set as moderate, so there’s definitely a chance you can get some HIIT workouts in if you’re that way inclined.

I’m still on the fence about long-term use

First off, as far as fitness games go, Ring Fit Adventure is by far the most engaging. I can see many happy (read: sweaty) hours spent hot-stepping in front of my TV.

The issue comes from how long this will last. Is this something that’s fun for a week? A month? A year? The true value of exercise comes from doing it constantly and consistently, so it’ll be interesting to see if Ring Fit Adventure keeps my attention after a while — an issue that impacts pretty much every game in this category.

Nintendo is great, isn’t it?

Look, I know it’s a multinational corporation designed to make a profit, but Nintendo does feel different to a lot of other companies. Games like Ring Fit Adventure show the company isn’t afraid to experiment and, on some level at least, wants its users to be healthy.

Could this just be so their customers and live longer can spend more money on weird Nintendo equipment? Probably, but who cares when the product is as good as Ring Fit Adventure?

We’ll be doing another piece after we’ve spent some time with the game, so make sure you check back to Plugged for that. In the meantime, you can pre-order Ring Fit Adventure here.