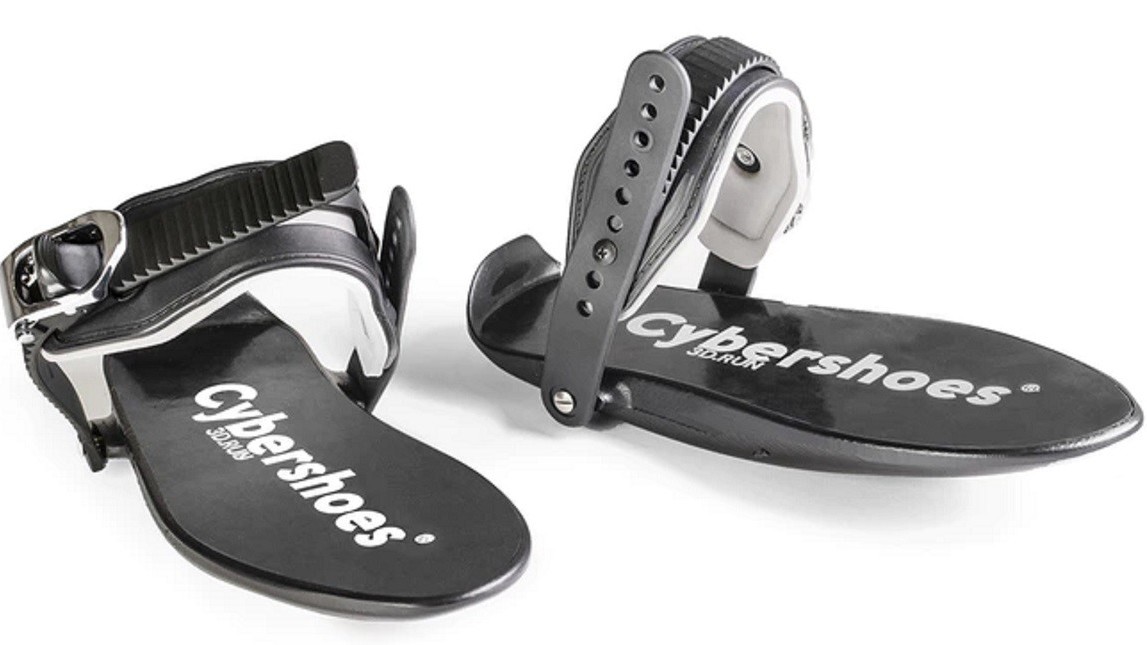 If you ask me, VR is the best thing that’s happened to gaming since the invention of the joystick thanks to the platform’s ability to place users inside of a complete alternate reality. Unfortunately, the spell’s instantly broken the moment you’re forced to take a single step. Cybershoes, a gadget that looks like equal parts Heelies and sandals, aims to solve that problem.

Marketed as a “high-end solution for VR locomotion,” Cybershoes are an accessory device for VR systems that are compatible with Steam VR. This means they can be used with Oculus, HTC, Pimax, and other headsets.

They ship with a ‘special’ carpet and require the use of a rotating chair or stool – you can’t stand up and walk around in them. A roller embedded into to the bottom of the shoes translates your walking and running motions into movement in game.

According to the company behind Cybershoes (also named Cybershoes) they’re supported by some of the most popular VR games including Arizona Sunshine, Fallout VR, and Skyrim VR among many others.

Sitting in a chair and dragging your legs and feet across the floor isn’t exactly the same thing as sprinting across the snowy reaches of Skyrim to chase down cowardly mages (I see you, fire wizard who likes to blast people and then duck off while I try to navigate up and down rocky hills with a Vive controller to comical effect). But, it probably beats standing in place getting shellacked by baddies while failing to find a valid location to teleport to.

Cybershoes start at $400 – you’ll have to provide your own chair. The company also sells a version with a chair, an arcade version, and a business version.