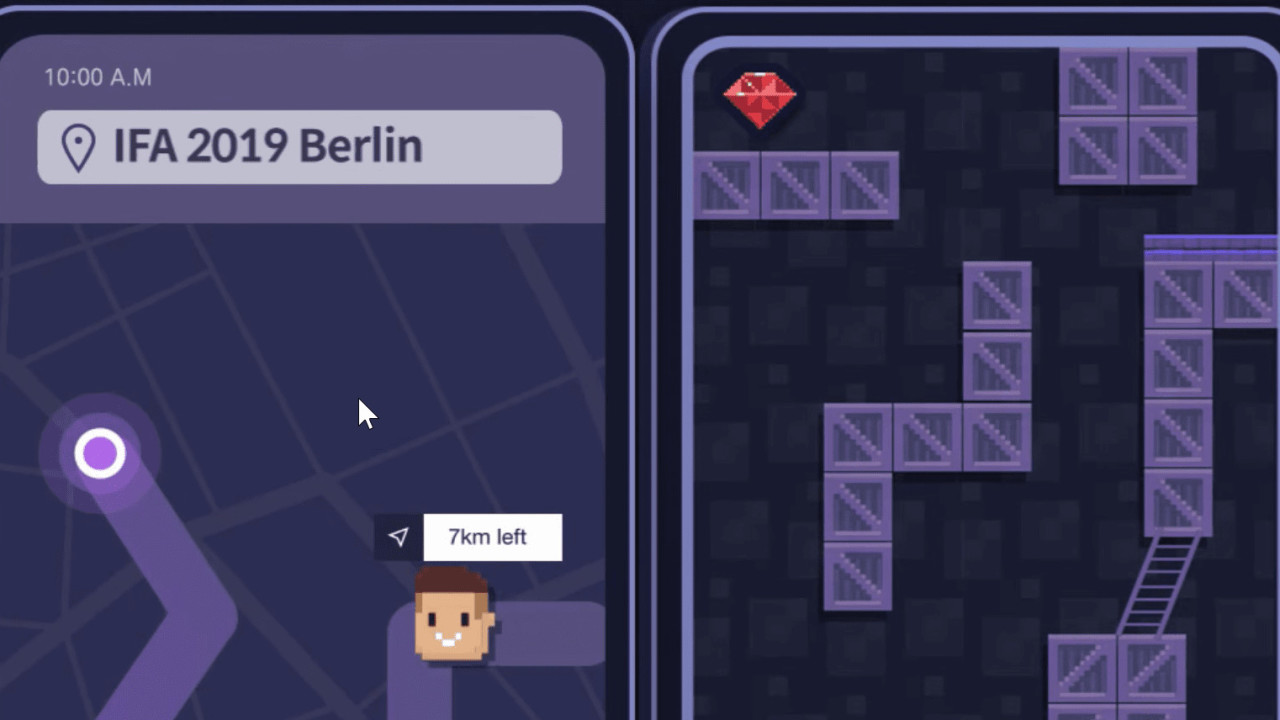 Well before Google decided it would leak the Pixel 4 on its own terms, LG had been teasing and revealing features on its own devices for years. Today, the company began the marketing efforts for its next flagship, posting a short teaser that seems to reveal a triple-screened device to be announced at IFA on September 6.

The video, simply labeled IFA 2019 Invitation, appears to show off a device that opens up with two full-size panels, along with a smaller panel for information on the front ‘cover’ of the phone. Rather than one seamless panel like the Galaxy Fold or Mate X, the device appears to be composed of two separate panels stuck together by some sort of hinge.

What isn’t clear from the teaser is whether this phone is actually a dedicated device with three screens, or whether it’s just a special accessory that allows you to glue two devices into a frankenphone. You might recall LG revealed such a device for the V50 back at MWC in the spring, though it’s not available in the US.

It’s possible this is just an accessory for an upcoming V60, but it would be odd for LG to tease a glorified case as a major announcement. Perhaps the company has a more elegant solution this time around. Either way, the multi-screen design could be a way for LG to pick up some of the momenta Samsung and Huawei have lost with their delayed foldable phones; a device with two separate screens would provide most of the productivity functionality of a bendable display without the same durability concerns.

LG tends to tease more of its phones features in the weeks leading up to an announcement – not to mention the inevitable leaks are probably on the way – so it shouldn’t be long until we find out more.