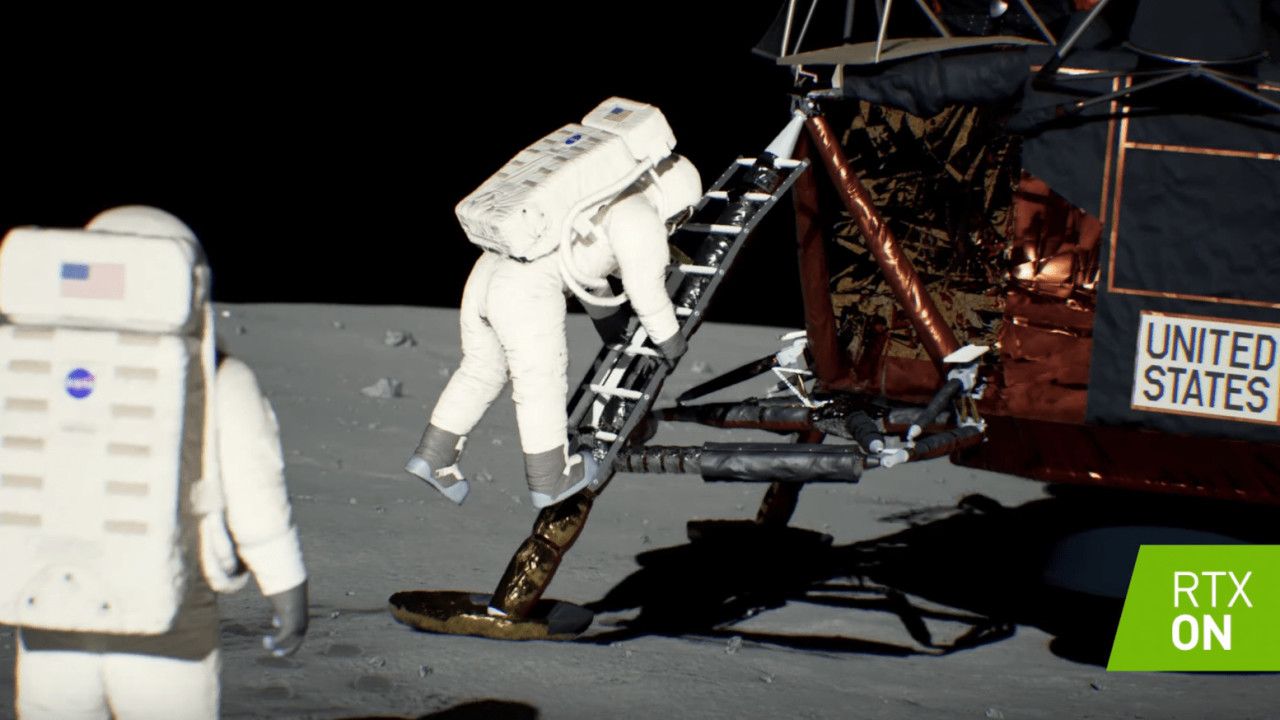 Well, it’s 2019 now – the 50th anniversary of our trip to the moon – so Nvidia has of course now applied RTX technology to an updated version of the demo. In Nvidia‘s own words: