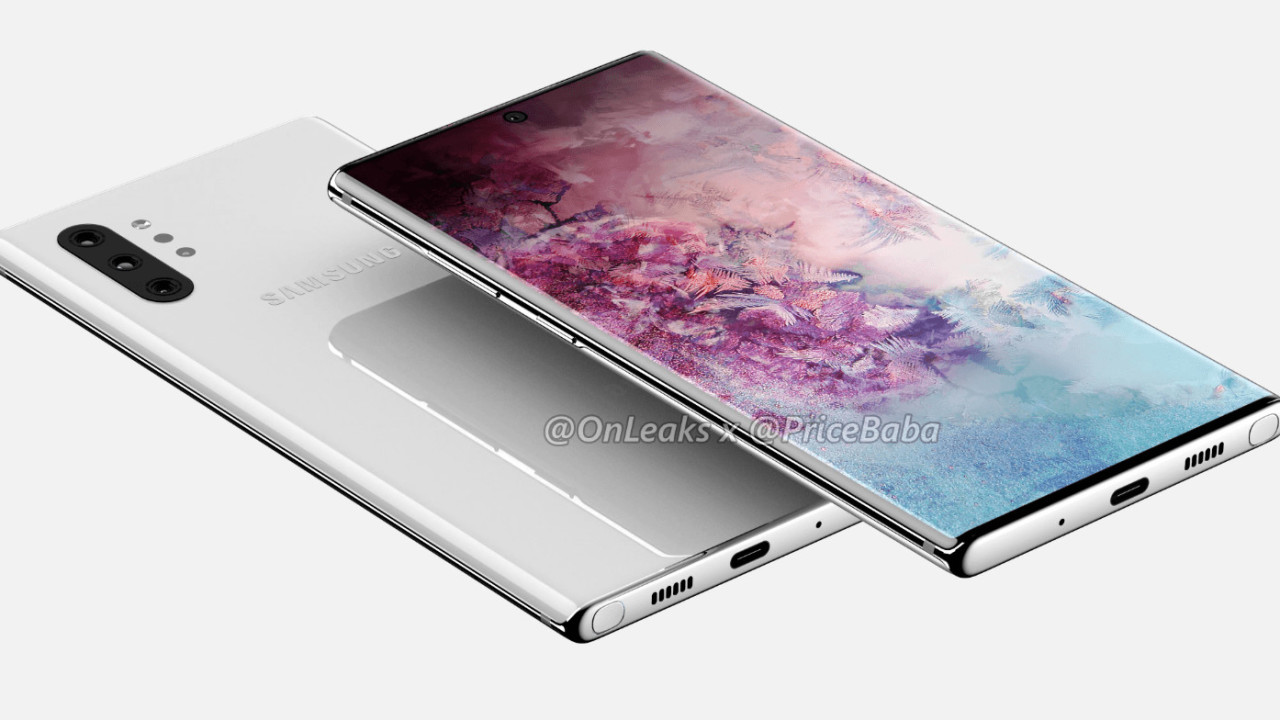 Considering Samsung usually reveals its Galaxy Note devices in the fall or late summer, it was about time we started to see some proper leaks of the upcoming Note 10. But while I was expecting essentially a Galaxy S10 with a bigger screen and a stylus, the first renders of the Note 10 and Note 10 Pro (Samsung is supposedly releasing two Notes this time) appear to suggest a new design language altogether.

The renders come courtesy of Pricebaba and reliable leaker @OnLeaks. To be clear, these don’t appear to be official renders, but rather designs based on known dimensions and features that should closely replicate the final product, as has been the case with previous OnLeaks releases.

The render also corroborates some of the rumors we’ve heard before: the phones will supposedly omit the headphone jack – a puzzling choice for devices aimed at power-users – and the Bixby button. Thankfully, Samsung seems to have abandoned its plan to replace the physical power and volume buttons with haptic feedback and sensors. That would be awful.

The Pro version is sporting four cameras – ultrawide, wide, tele and depth – and an in-display fingerprint sensor under the 6.75-inch panel. The smaller device opts for a 6.3-inch screen and loses the depth AKA time-of-flight sensor. On both devices, the front-facing camera is placed at the center, rather than the side as on the S10 family. Curiously, the Note 10 siblings only have one selfie camera, seemingly omitting the depth sensor on the S10 Plus.

Other expected specs, at least for the Pro, include a Snapdragon 855 or Exynos 920, up to 12GB of RAM, a 4,500 mAh battery, and 45W fast charging. That last bit is particularly notable as Samsung has stuck to a now-pedestrian 15W for years, taking almost two hours for a full charge on the Note 9. For comparison, the OnePlus 7 Pro’s 30W charger goes from zero to 50 percent in 20 minutes with its 30W charger.

It’s not an entirely remarkable redesign, but I appreciate the change of pace, especially the ability to choose a ‘small’ version of the Note 10. We’ll surely find out more as leaks make their way to the internet throughout the summer.