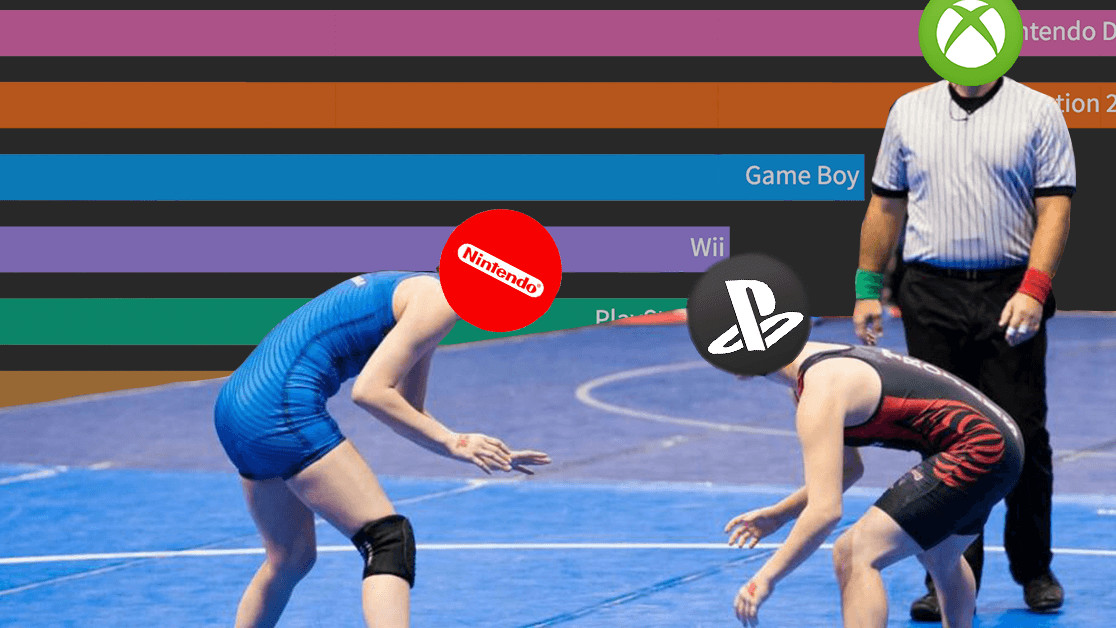 Well, here we are again. A couple of weeks ago, we put together a bar chart animation tracking video game console sales. We organized this by year, so the viewer could see which bit of hardware shifted the most units in, say, 1996. Cool, right?

People loved this visualization, but there was one thing we heard again and again: could we create a graph that showed total, cumulative sales? So we could see what consoles sold the most overall?

The answer? Yes. Yes we could. And would. And now, thankfully, have.

So, please sit back and enjoy a bar chart race of the cumulative, best selling games hardware from 40 years of the console wars:

This is great – how did you find all the data?

We used the same data from our previous animation, just to keep things consistent. As we outlined in that piece, much of the data is pulled from earnings and sales report, as well as the Video Game Sales Wiki. Where we couldn’t find what we needed from those sources, we also got data from news reports, company blogs, and, of course, the most-righteous Wikipedia.

The most accurate figures we could find go up to 2017, so we finished there. We also combined the Game Boy and Game Boy Color into a single console, as this was an iterative upgrade, rather than a totally new product like the Game Boy Advance.

Finally, take the results with a pinch of salt, yeah? While we’re happy with the stats, they’re not totally precise. View the bar chart race as an amusing estimate, not a document written in stone.

So, what did you learn from the animation?

Well, the Atari 2600 sold a lot of consoles. It was on top for an entire decade before being dethroned by the NES.

The real winner though is Sony‘s PlayStation. The company occupies 50 percent of the top ten, which is a phenomenal achievement. In fact, the only entrant in the final list that’s not Nintendo or Sony is the Xbox 360. I’m not sure I expected that much domination from the two companies.

We could go on for ages – there’s a lot of interesting stuff happening on this list – but we won’t use up anymore of your time. If there’s something you found particularly exciting, or just want to give us a suggestion for another bar chart race, get in touch with us on Twitter. Hope you enjoyed the video!