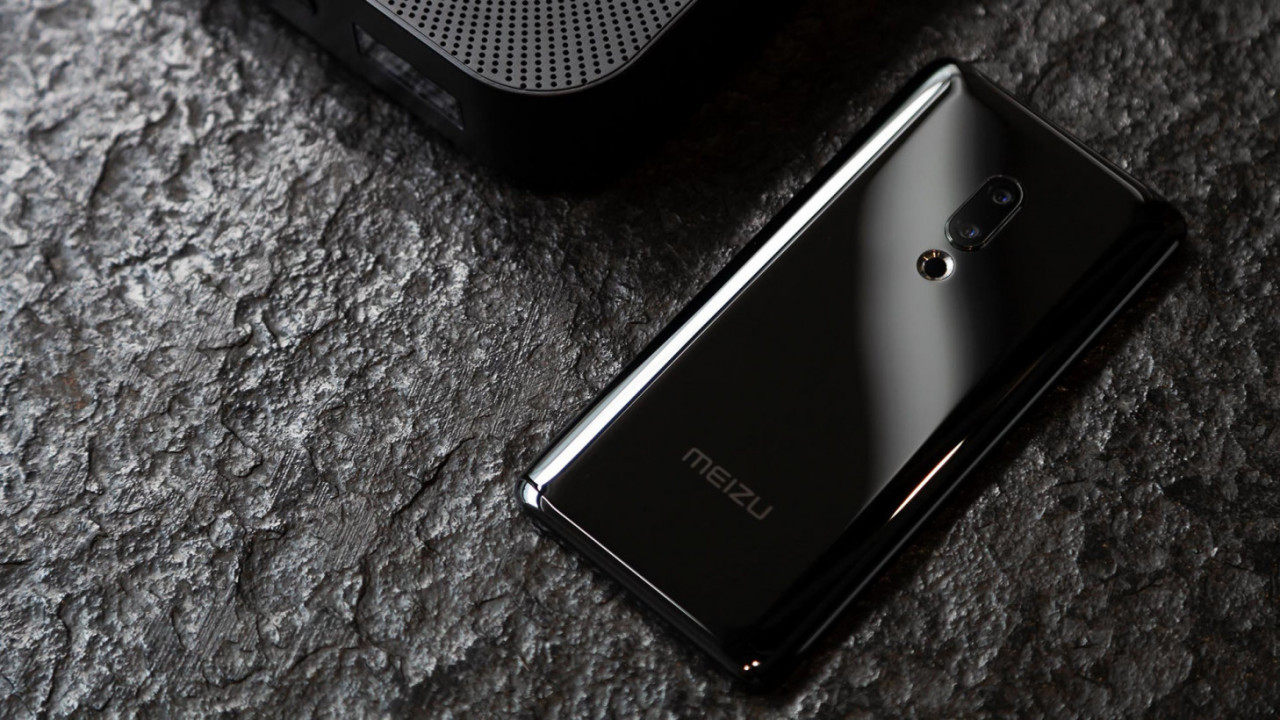 It’s the iPhone we all thought Apple would make someday: a device with no buttons, no ports, no headphone jack, not even a SIM card tray. After the company killed the headphone jack, it seemed just a matter of time until it released a phone was that was seemed to be “a single sheet of glass,” as Jony Ive once put it.

Apple may still make that phone one day, but it won’t be the first. That honor goes to Meizu.

The Meizu Zero has none of those oh-so-2018 distractions. It’s just a block of ceramic with a couple of camera bumps and small bezels. There’s no metal frame. There’s no speaker grill, as the phone simply vibrates its 6-inch screen to create sound (like Xiaomi’s Mi Mix before it). The fingerprint reader is embedded under the display like the OnePlus 6T, and it uses 18W wireless charging to match wired charging speeds without antiquated ports.

(It’s worth noting Vivo announced the similarly button-less Apex 2019 today, but that one seems unlikely to go on sale).

Given the lack of ports, the phone is unsurprisingly rated at IP68. Or perhaps that is a surprise – you’d think a phone with no ports could last longer underwater, but it seems there are a couple of tiny holes for the microphones.

So how do you replace those missing buttons? Why, with touch sensors of course! The phone provides haptic vibration on the side of the phone when you want to turn on the phone or adjust the volume. Honestly, that sounds like an awful user experience, but I’ll reserve judgment until I get my hands on one. The iPhone 7 and recent MacBooks pulled it off well, but I’m skeptical about missing physical buttons for functions you use regularly.

Still, it’s an interesting concept and a glimpse at our future, if a little bland-looking in photos. With bezels and even notches shrinking to oblivion, it leads you to wonder about what manufacturers will do after phones are nothing but a screen. The Meizu Zero is one look at that future, and we know foldable phones are on the horizon as well. If nothing else, it means manufacturers can finally get truly creative about phone designs. They have to, lest every phone look like an identical slab of glass.

For now, the Meizu Zero appears to be more of a concept than a real product. The only spec we know is that it’ll run on last year’s Snapdragon 845, which indicates this isn’t a phone Meizu‘s really marketing as a flagship, but Meizu says it will eventually go on sale. We’ll probably find out more come Mobile World Congress next month, so stay tuned for more.