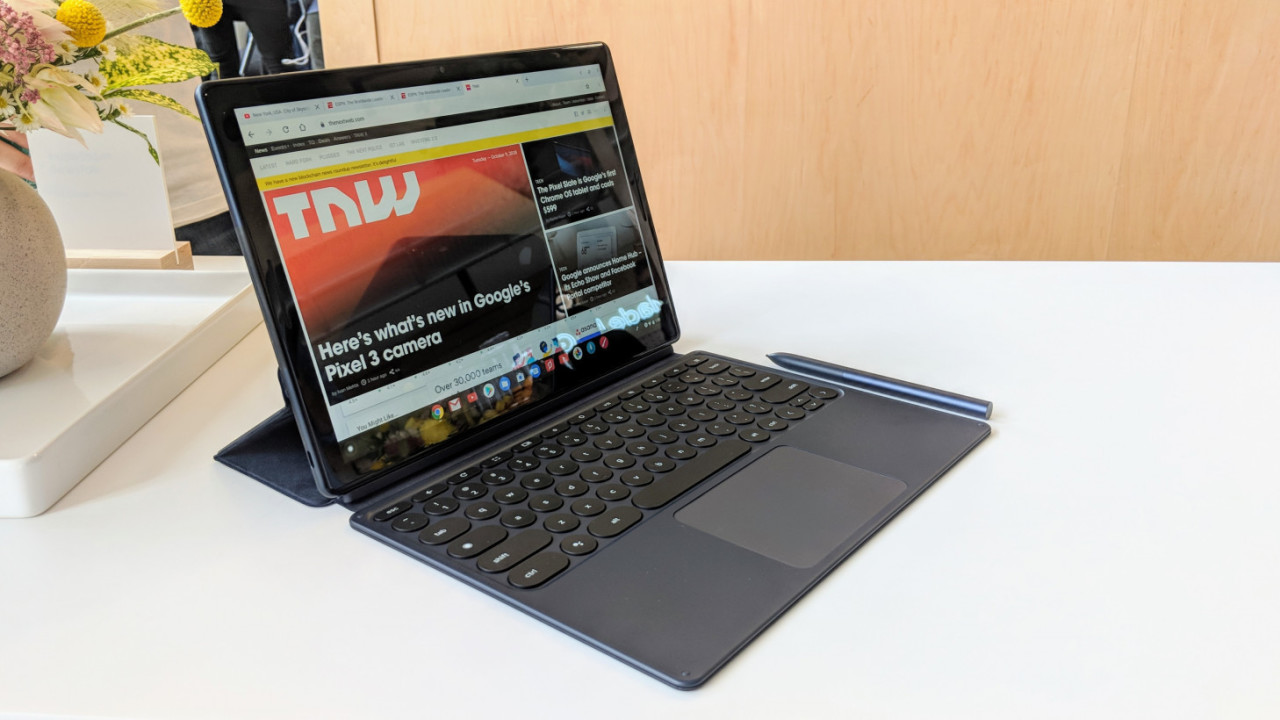 The Pixel 3 may have been the star of the show at Google’s event this week, but the Pixel Slate tablet offers a compelling new product category for the search giant.

Well, not totally new. A few years ago, Google had the Pixel C, a beautiful Android tablet that was somewhat ahead of its time, given the OS couldn’t even run two apps side-by-side back then.

The Pixel Slate instead offers a new vision for Google’s tablets, slotting in somewhere between the Pixel C and last year’s Pixelbook. It starts at $599 (sans keyboard) and comes in a wide range of configurations for differing power needs.

Basically, it’s Google’s take on the Surface concept. Of course, the caveat to this is a scarcity of full-fledged desktop applications; Chrome OS is always improving, but it’s no Windows.

But unlike the Surface, the Pixel Slate has access to thousands of Android apps, many of them optimized for tablet use. Meanwhile, Chrome OS should promise better battery life and more consistent performance.

Google certainly didn’t slack on the hardware. The Pixel Slate is real purdy, and the navy blue is a tasteful choice. The keyboard cover has a lovely soft-touch finish, and the case’s folding mechanism provides a wide range of screen angles. I think I prefer the flexibility and simplicity of Microsoft’s kickstand, but the Slate’s keyboard has the advantage of protecting both the front and back of the tablet.

As for the typing experience itself – it’s nice. I’d say it slots somewhere between the iPad Pro and the Surface Pro regarding travel and feel, though the circular keycaps will be divisive. The keys are also supposed to be super quiet, though that wasn’t something I could test in a loud showroom.

The display was gorgeous. Google says the 3000 x 2000 panel has the highest pixel density in the category, and it can reach beyond 400 nits of brightness. It seems set to provide a neat media experience, though I couldn’t test the speakers properly in the crowded demo area.

There’s a lot to like about the Pixel Slate, and I expect it to be pretty popular. But I’m also puzzled by some of Google’s decisions.

One: Why 12.3-inches? It’s basically the same size as the Pixelbook, muddying up your purchasing choices.

If you ask me, circa 10 inches is the perfect size for a tablet. I love the smaller form factor on the Pixel C and Surface Go – it’s small enough to function effectively as a tablet while still being plenty big enough for getting work done. There’s a reason 10 inches remains the most popular size for the iPad.

Two: No headphone jack? I can somewhat understand that on a phone, but even with two USB-C ports, it makes no sense on a device the size of the Pixel Slate. Even Apple, port murderer extraordinaire, has kept a headphone jack on its iPads (though that might change with the next iteration).

And no, there are no headphones in the box.

Three: What’s up with the keyboard pricing? Selling the keyboard separately is already a questionable decision – we complain about that with every new Surface tablet. But at $200, it’s $70 more than a Surface keyboard. Google didn’t immediately convince me it was any better than Microsoft’s to be worth the premium.

I appreciate the pricing flexibility, but that extra $200 for the keyboard really makes the device less attractive at the low-end. For $800, you could buy last year’s Pixelbook with better specs. For $530, you could buy a similarly-spec’ed Surface Go and keyboard that also offers a premium build in an arguably-better form factor. And Samsung’s excellent nearly-as-premium Chromebook Plus goes for around $500.

All that being said, the Pixel Slate is the prettiest Chrome OS tablet I’ve seen, and I’m glad Google hasn’t given up on the tablet. I left the event space with a mixed impression, but if you’ve been waiting for premium Chrome OS device in a Surface-like form factor, Google’s built one for you.

Stay tuned for our review once we get our hands on a production unit.