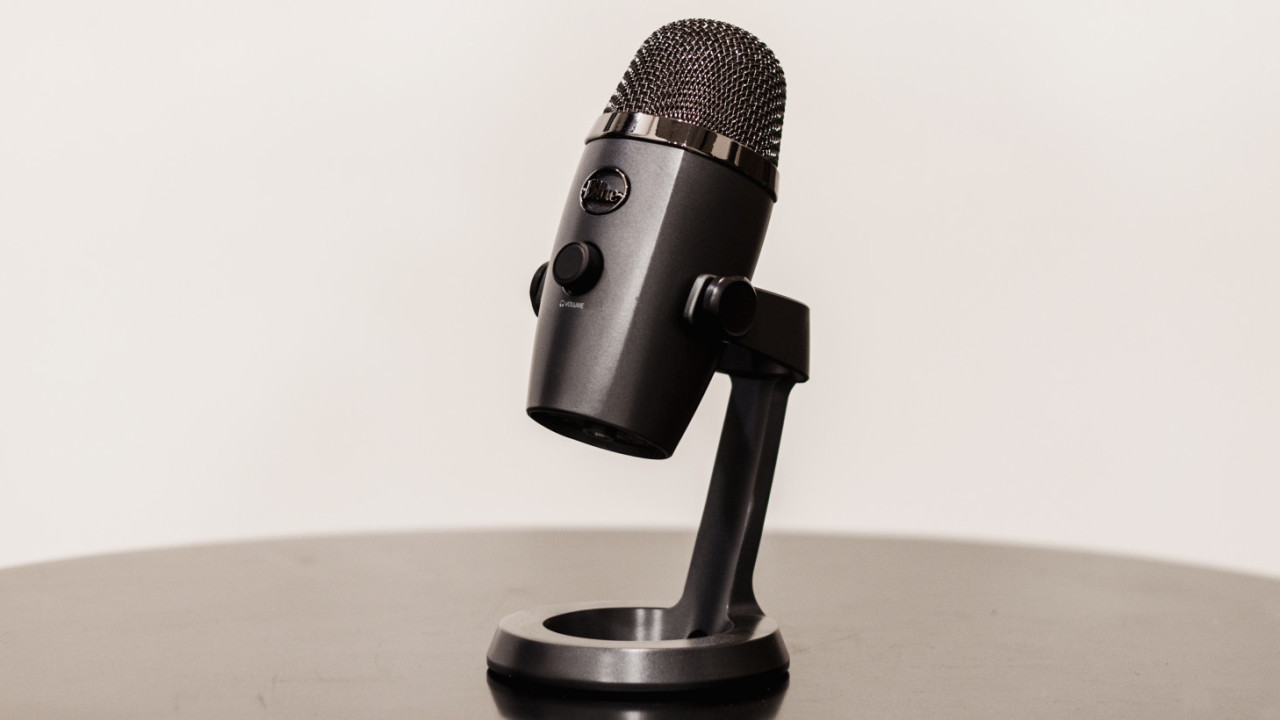 California-based audio hardware brand Blue made a name for itself over the past two-and-something decades making superlative microphones and headphones, before it was acquired by Logitech for $117 million earlier this year.

Its distinctive Yeti mic has long been the weapon of choice for podcasters and streamers who record audio at their desks. Its latest offering, the Yeti Nano, does them a solid by packing the Yeti’s pristine recording capabilities into a smaller form factor with a few less features and a smaller price tag. Here’s what you get for $100.

The Yeti Nano is a stubby little thing, about as tall as a smartphone. It’s attached to a sturdy stand and can fold upside down to fit more easily into your luggage. The design makes it a whole lot smaller than the Yeti, which means it won’t take up as much space in your frame if you’re shooting video of yourself recording a podcast or game stream.

The gray model I received for review has a beautiful satin finish with a chrome accent just beneath the grille. The bottom panel accepts a microUSB input and has a 3.5mm jack for a headphone monitor. I love that Blue remembered to include a notch at the bottom of the stand so you can route your USB cable through it neatly.

There’s not much to this plug-and-play mic: Simply connect it to your computer via USB, and you’re off to the races. A large knob on the front of the mic will glow green to let you know it’s on and good to go (it glows red when you’ve pressed it to mute audio).

There’s a single button on the back to switch between two pickup patterns. Cardioid mode captures audio in front of the mic and is suitable for recording a single person; omnidirectional mode, which captures audio from every direction equally and is better for multiple voices in the same room.

Unlike the original Yeti, the Nano doesn’t have a knob to control the gain level. But you can still adjust it using Blue’s Sherpa desktop app, which also lets you update the mic’s firmware. This might be a bother if you’re upgrading from the Yeti, but for someone like who doesn’t fiddle with their settings a whole lot, the lack of a gain knob was a non-issue.

The Nano supports a sample rate of 24bit/48Khz, which is a step up from the Yeti’s 16bit capability. It sounds fantastic, with crisp details and faithful reproduction across the spectrum when recording voices. It’s hard to tell the difference between this and the Yeti’s audio with an untrained ear, so you needn’t about losing out on quality with a smaller, cheaper mic.

In fact, the Nano actually might be a better deal out of the box for first-timers looking to stream or record – it handles plosives pretty well, so you can hold off on getting a pop filter attachment for a little bit.

If you’re getting started recording your first podcast or livestream, or are looking for a mic that’s easy to take with you on the road, the Yeti Nano is an excellent choice. It sounds great, the controls are dead-simple, and it seems like it’s built to last. The timeless design is easy on the eyes as well, which is a bonus for folks on camera.