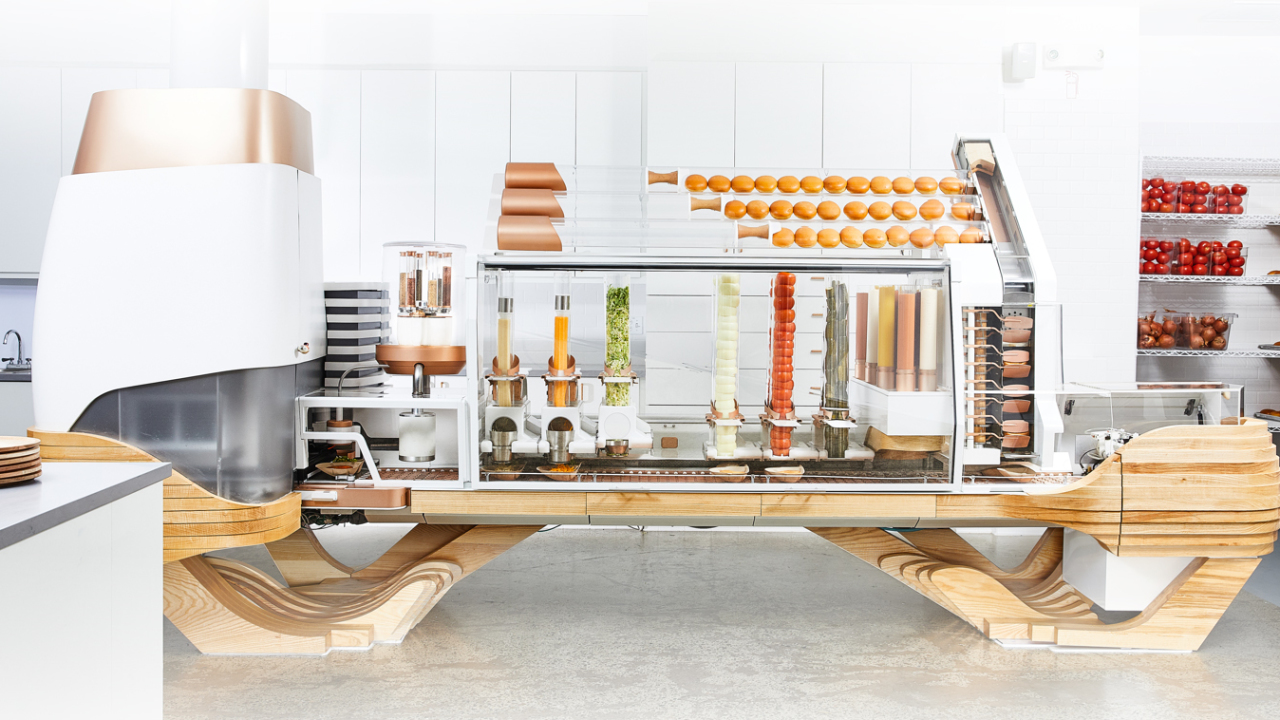 If you find yourself in San Francisco and craving a hamburger, you might want to keep an eye out for Creator on Folsom Street. The new joint, which is set to open to the public on June 27, offers burgers at $6, cooked from start to finish by a robot.

The machine has been in the making for the past eight years; The Wall Street Journal explains that the contraption is 14 feet long, contains some 7,000 parts, costs under $1 million, and can prep 120 burgers per hour.

It achieves this by dispensing a number of ingredients from tubes (including burger buns, tomatoes, pickles, and a range of sauces), grinding and cooking the meat to order, and assembling each sandwich on a conveyor belt.

The process takes about five minutes per order. At some point, you’ll be able to customize your burger by ordering through an app.

The company, which is backed by Google Ventures among a bunch of investors, was co-founded by Alex Vardakostas, who told TechCrunch that his parents run a burger joint, and that he flipped many a meat circle growing up.

With a physics degree from University of California Santa Barbara, he set to work building a prototype of his burger bot, and, in just two years, had a working model good enough to start to raise funding.

It’ll be interesting to see how Creator grows from here on out. The company isn’t keen on licensing its tech or franchising the restaurant; instead, the plan is to expand into locations that would benefit from the robot’s relatively small footprint, like airport terminals.

Creator isn’t the only firm working on robotic sandwich makers: last year, Miso Robotics showed off Flippy, its AI-powered burger-flipping machine, which you can see in action below:

Both TechCrunch and the WSJ praised the $6 burger. If you’re keen on giving it a try, you can buy early access tickets on the restaurant’s site.